At high noon bad luck struck again at the Weeb Ranch. I had decided to get a nap, Next thing I knew I had all the dogs barking, when I went into the kitchen I found Donna lying on the floor and she said she had got up and had a weak spell and fell, and that she thought she had broken her leg, just by looking at it with it pointing at at a right angle to her body it looked broken. We called 911 and the paramedics responded,they to said yep its broke.They took her back to St Joseph’s East Hospital in Lake St Louis.
She spent all afternoon there and the doctors confirmed her leg was broken in two places,after painfully having it set, she was allowed home about 5pm with instructions to schedule an appointment with an orthopedic specialist this week. Here is her picture with the paramedics. 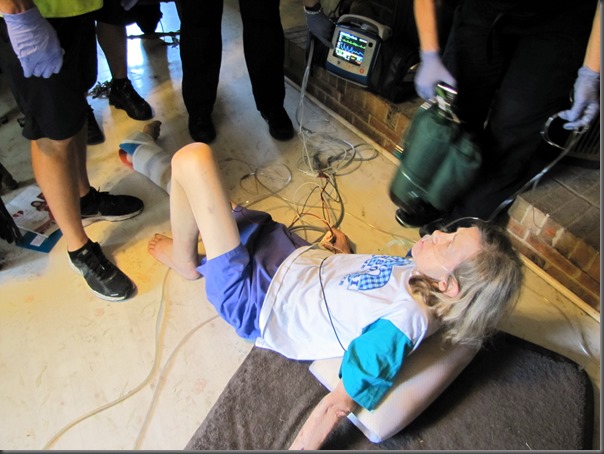 Looks like she will be out of action most of the summer between healing and rehab.
Be safe out there. Sam and Donna.
Posted by Sam&Donna Weibel at 6:27 PM