Sorry for the lapse of a week in the blog we have had several health, and campground issues that have delayed us from posting on a daily basis., Like no wi-fi. No electricity, A bug that got Sam for a day. Anyway When we let Corning NY. we went to Niagara Falls we stayed at a nice Park called The Niagara Falls Campground, WE stayed three nights during an unusual cold spell where it was 9n the 50’s at night and the 60’s during the day, no swimming Pool for Sam.
There was a tour agency at the Campground so we elected to take the Canadian side tour in Niagara Falls Ont. It was a nice sunny day and they pick you up at 11am and return at about 5pm. the tour included a trip on the Maid of the Mist boat which goes to the bottom of each falls.
It takes you to all the sights around the Ontario side including the Niagara Whirlpool, the last stop is the Mad of the Mist. as luck would have right after we got off the tour bus, Donna turned on her oxygen tank and it started leaking air. she was already weak from walking so we had to stop at a bench while I checked the tank and found a gasket had fallen off , luckily it was n the bottom of the bag and I reinstalled it and the tank was again working without leaks and supplying Donna with her much needed oxygen, unfortunately by the time she had fully recovered, our group was so far ahead that we could not have caught up with them so we missed the boat ride. We did however get some great pictures from the Canadian side, A trip to Niagara Falls Ont. should be on everyone's list, but be advises everyone on the bus must get off and go through customs to show their passports, same on the return to the US side. 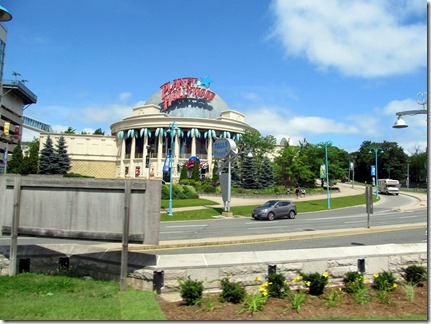 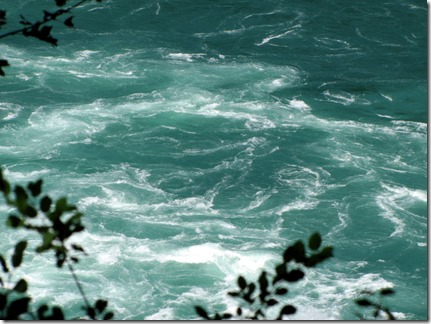 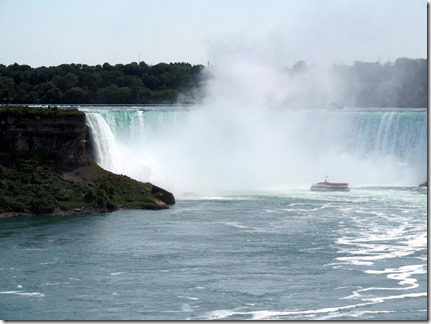 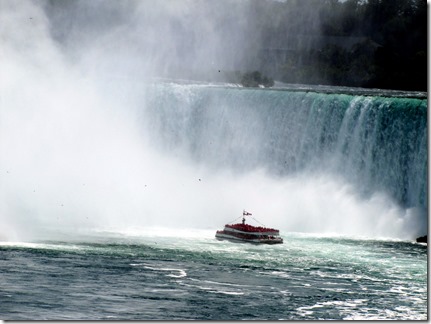 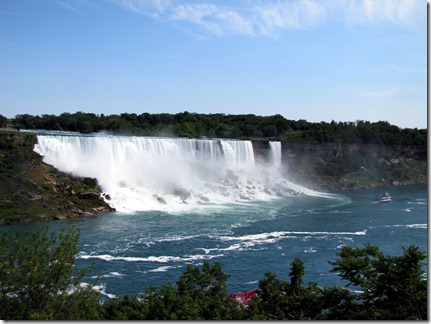 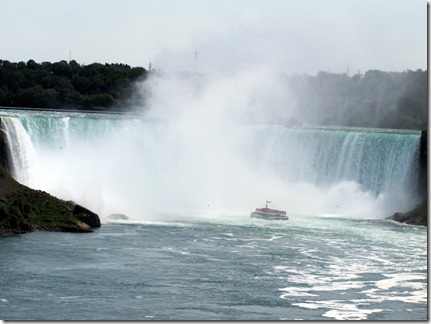 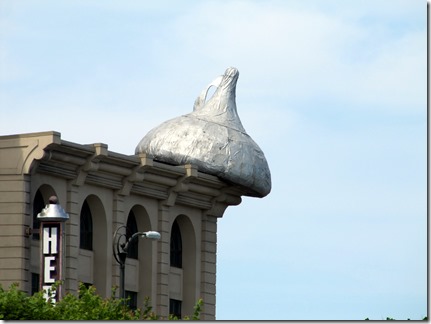 Hershey Building Niagara Falls Ont.
On leaving Niagara Falls we headed south towards Ohio, We stopped for the night at Green Acres Campground in Lake Milton Oh. It was a nice place lot’s of families however we had a problem the next day when a Bug got Sam , so we requested to stay another night, Sam had asked when he checked in if we would be able to extend a night with out moving and they had said yes.
We are at green acres campground. Sam isn't feeling well this morning and didn't feel up to driving he said to call office and extend by one night. First off I'm not happy with this place anyway...30 a night and electric only no wifi etc...I called and explained to lady that my husband wasn't feeling well and we needed to stay one more night...she speaks very broken english, I had repeat my husband is sick we need to stay one more night...told to hold on...then came back and asked me again what I wanted...told her again for the 3rd time...hold on again...finally came back and said we would have to move to a dry site...told her if we had to move we would just leave, if he felt well enough to breakdown rv and hook then we were out of here as I could drive. again told them if we hook we leave, hold on again...no you have to move...then we are leaving and believe me I will not give you a good review on the internet....then she said come office and talk to me..that's when I told her she didn't want me coming to the office as mad as I was...well she came to camper and Sam went out and talked to her...she was half my size and I know I would probably have tried something that I shouldn't...don't get this Irishman that mad! smile emoticon....now after much debate with Sam we are going to stay in this lousy place and hope he feels better tomorrow. he told her he asked when he checked in if we needed would there be a problem staying an extra night and was told no...he just got back from paying for tonight and said her and another gal made a very big deal out of switching someone site...how hard is it they aren't even here yet.
The next morning we set out For Delaware,OH which was halfway to Cincinnati, we stayed at the Cross Creek Campground where we stayed last month on the way east, this is a first rate campground, although the first night we had electrical problems, where a breaker for that section of the campground would fail and new would be without power, since Donna needs her oxygen machine all night, she called the office and they said they were working on it and offered another site if they couldn’t get it fixed in a short time, after several more outages the power remained on and the oxygen and ac were good to go. A big difference n attitude from the previous campground, we even extended another site. 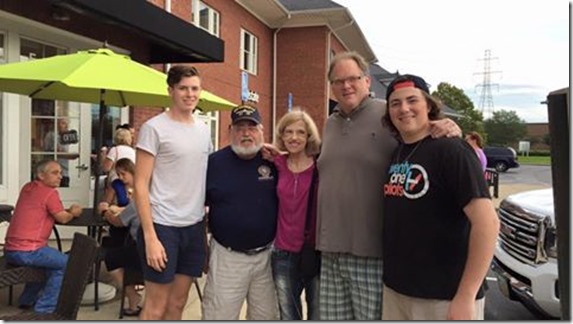 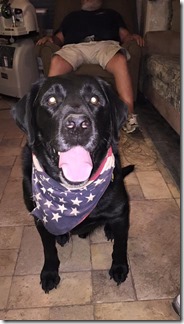 Riggs posing for Geae in RV.
We left Delaware on the morning of the 20th and headed south we arrived in Lebanon.


We're here in Cincy area. will be here several days visiting with my big brother Pat Sr.
— at Cedarbrook Campground.

Cedarbrook Campground
Campground · Lebanon, OH
After we setup Sam was wipped and went for a swim in the pool, we then had a supper of fried chicken and relaxed for the night.
Hope all is well with all our friends out there. Be safe, Sam & Donna……..
Posted by Sam&Donna Weibel at 9:43 AM