It’s just a beautiful sunny day here in Dardenne Prairie. Supposed to be a high in the mid 80’s with no rain in the forecast.Donna has the night shift at the restaurant tonight.

Had to put a new battery in my generator yesterday,it is a real small one, like a moped or small cycle would have, I found that someone left the ignition on and it was dead, I put my charger on it on the lowest setting, But it was shorted and wouldn’t take a charge, I was lucky it didn’t explode since it puffed up while it was on the charger. Anyway I went to Wal Mart and they didn’t have the same number but the had one that was just a little bigger but still fit in the mount. It was an AGM battery whatever that is, and you had to put the acid in it and then seal the top. I put a new cable on since one of mine the end came off.

I installed it right there at the store by the automotive department, Then when I got it in it fired right up. The one tech who is an RVer said boy that generator is pretty quiet, I told him when you run it on the tailgate like I was doing it rumbles a little, but on the ground it really quiets down. Price was $33. about what you pay for a tractor battery.

How about a throwback, 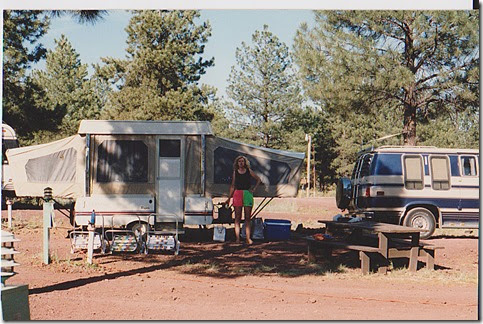 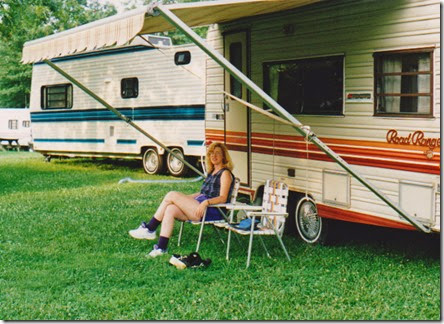 In 95 after that trip we traded the Road Ranger in on a new fleetwood 5th wheel, and then in 2008 we traded again for the Chaparral that we have now.

That’s I for today hope all is well with all our friends, be safe out there. Sam & Donna……

Posted by Sam&Donna Weibel at 3:38 PM