Yesterday (Thursday)was a nice sunny but bitter cold day, 8 degrees when we woke up and it only got up to the 20’s. About 05:00PM we headed out to I-64 which is only about a mile from the Ranch. to go down to downtown St Louis, We were going to meet our oldest Son Sam Jr. who was in town for some meetings. He was at the Westin Hotel which is on Spruce ST near the Baseball Stadium.

What a great night although we were in rush hour traffic all the way from Chesterfield to downtown. Sam was waiting in the bar for us, We had a couple of cocktails, and then went into the restaurant for a great dinner.

What a great time making up lost time and just talking and reminiscing about when Sam was little.

Donna had a story to tell us. He told me a story last night that we had a very good laugh about. When he was young and came to spend time with us in the summer (he is actually my stepson, but I hate that term, he is son to me) we were both working, I'd cook up a bunch of meals on weekend and put in freezer for him, he was old enough to stay by himself during the day, but wanted to make sure he had a good meal during the day. Turns out after we would leave my Mom would come over and get him and off they'd go. Arcades, movies, lunch anything a kid wanted to do. He said she even made sure Steve Miller band was playing in car since it was his favorite and they'd both just sing along. She'd them take him back to the house before we got home and make him promise not to say anything. The things you find out about your parents . it wasn't that we didn't want them spending time together, I just (wrongly) thought I didn't want impose on my Mom. Now that I am older and a grandmother myself I realize it wouldn't have been an imposition. I have to smile when I think of my Mom rocking out in the car with him to the STM band. 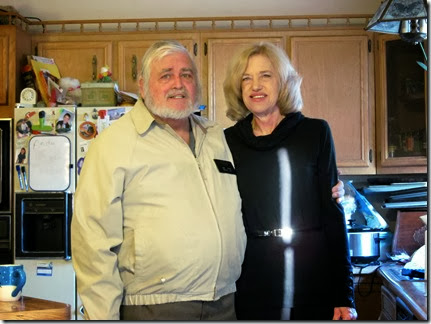 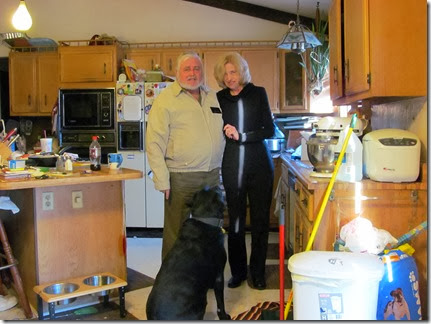 Rigg’s wanted to go in the worst way. 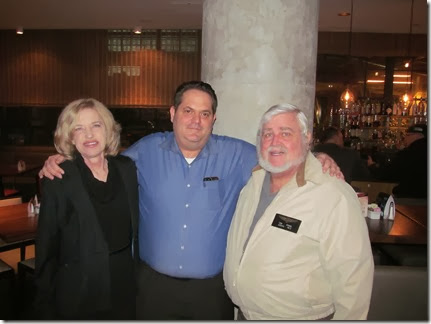 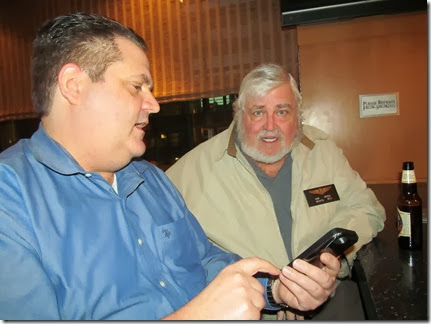 Sam showing Dad a feature of his smartphone, Dad is completely overwhelmed.

After dinner we just sat and talked for hours, finally close to 10:00PM we had to say our goodbyes, and Donna & I headed for Dardenne Prairie. Sam will be heading back to NYC today, it was just so nice to see him and that he is doing good.

Other than that things are slow today at the Ranch,it is sunny and about 30 degrees now. Donna has the night shift at the restaurant tonight.

Hope all is well with all our friends, Be safe safe out there. Sam & Donna………