We are having a second day of rain here in Dardenne Prairie, My son Andy and & spent some of yesterday replacing the front brakes and one caliper and rotors on Donna’s car, The caliper stuck and ground the pads down on that side, so I put a new rotor and new pads on both sides so everything starts out from scratch.

Donna was feeling well enough this morning to go in to Walgreens for the day watch. When she went out a tire was low, so she took my good truck, and I put air in the low tire and took her car to Walmart where they found a nail and repaired the tire.

I thought I would show you some of the pictures from the riot area in Ferguson & Dellwood where I used to work, Any opinions are mine and please I spent my entire career in law enforcement and it pains me to see a few criminals making it look bad for what is really a nice community. 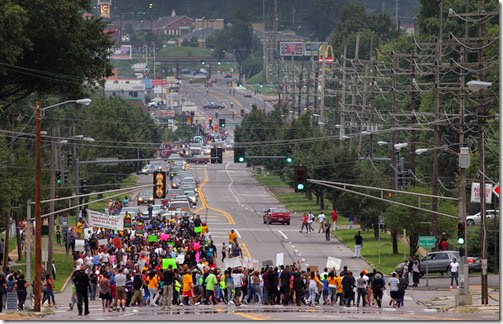 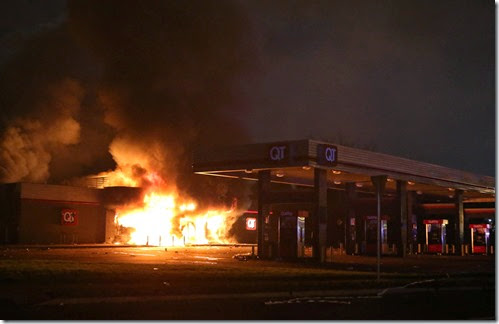 The QT at 9400 W. Florissant Ave. Ferguson burns after being looted by rioters, I had many a cup of coffee in that business. 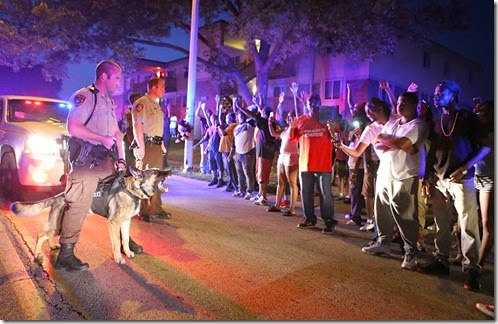 Trying to antagonize the K-9. 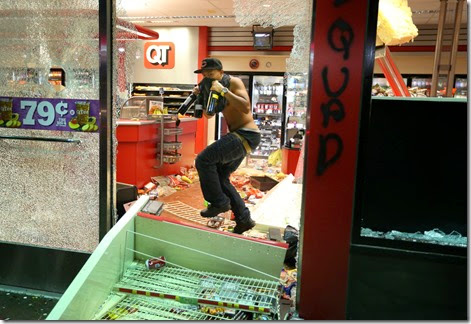 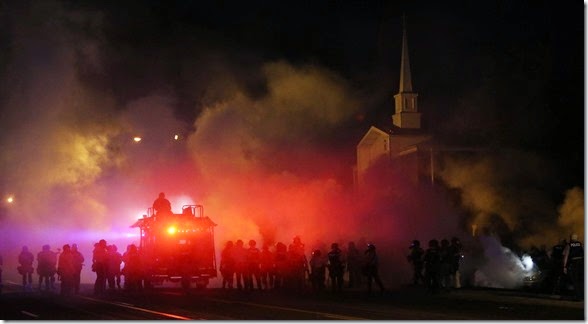 W. Florissant Ave & Chambers RD in Dellwood Looting wasn’t confined to Ferguson and spilled over to it’s neighbor cities of Dellwood and Jennings.

I got an e-mail from one of my former cop buddies, he said he talked to his friend who is the manager of the Shoe Carnival in Ferguson, and as a sidelight to the character of the looters , his buddy told him, his store was cleaned out of all the expensive name brand running shoes. But not one pair of work shoes was touched.

I guess it wouldn’t look as bad if at least somebody was looting baby food, milk and bread, but liquor and beer has more appeal. Enough said before I get myself in trouble.

As I said I had 30 good years working in that area and made a lot of friends who still say hi out here in St Charles county at the stores and what not. A lot of good people out there.

Posted by Sam&Donna Weibel at 1:16 PM