Well, last night was a little quieter than Monday. no major fires, one police car fire bombed and the Ferguson City Hall had windows broken out. 2000 National Guardsmen were moved in. which freed up the police to be mobile and make arrests for a variety of charges, 44 arrests were made.
Sorry if I seem to dwell on this but when you spend 30 years of your life trying to make a place a safe and wholesome place to live and you see it being destroyed before your eyes by criminals who only want to steal and destroy, it makes me sad. Donna also worked for years in a restaurant in Dellwood after her evening shift at the truck company, she would then work a midnight shift at Sambo’s Restaurant. We shopped in many of the Dellwood shops and you could walk the streets at night without fear, virtually no robberies or felony crimes. Now the major intersection in town, W Florissant Ave & Chambers Rd looks like it took a hit from and airstrike of Navy hornets. Not one building is let standing , all gutted by fire,a half a block east at W Dell and Chambers RD County police came under automatic weapons fire and had to retreat, luckily no one was hit. In 30 years I was shot at or my patrol car was shot at 5 times. Not bad for a Metro area that is at 240 homicides so far this year, and almost always breaks 250 a year. Anyway I hope all my friends out there understand my feelings on this, and believe me it helps to have an outlet for this frustration.
NO worries here, the Weeb Ranch is on the other side of St Charles miles away from the riot area, I can assure you if something threatened our home, we are prepared to defend our home.
Hey how about something on a lighter note. 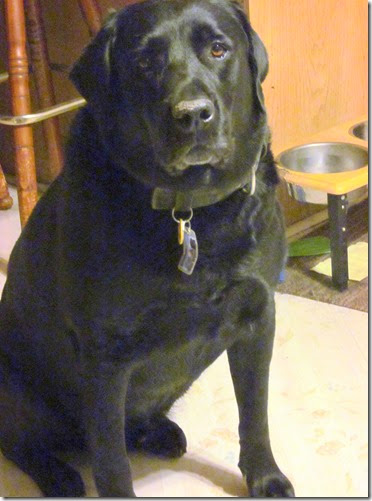 Hey Dad, got an idea. 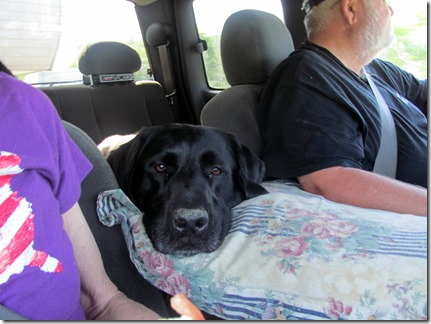 Isn’t it time for us to take another vacation, huh, huh.
Hope we can end up later this winter going south for a vacation. Everyone be safe out there. Sam & Donna…..
Posted by Sam&Donna Weibel at 8:20 AM