Friday in Goshen In.

Today was the last day of the Escapade. True to form we woke up to a cold rainy morning. not only was it cold outside but inside the fiver it 54 degrees.That’s when I decided to check the furnace, and discovered we had run out of propane overnight. It’s my own fault when I checked the tanks at home, one was empty and the other was near full. I figured we had enough but the cold temperatures weren’t expected. Took both tanks out and put them in my truck and headed to Tractor Supply Co and had them both filled, since I was across the street from Wal Mart I went there to look for an electric heater, found out they were sold out. Went back to Tractor Supply, they were also sold out. Wow a little cold weather and a Rally in town and they must have sold all they had.

I had to pick up a prescription refill at Walgreens so while I was doing that I asked if they had any heaters and the girl said no. Then a few minutes later the manager walked up with a box and said I found this in the store room, it’s the only one we have. It was a nice heater and the good part was it was marked down from $29.99 to $14.99. bought it and when I got back fired it up boy it kept the whole living room warm while I installed the propane tanks. 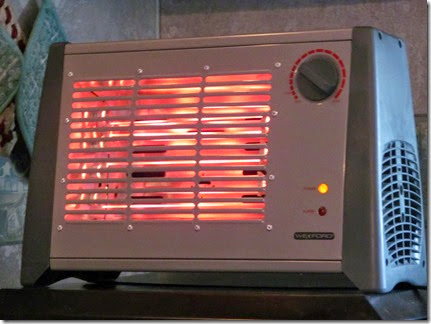 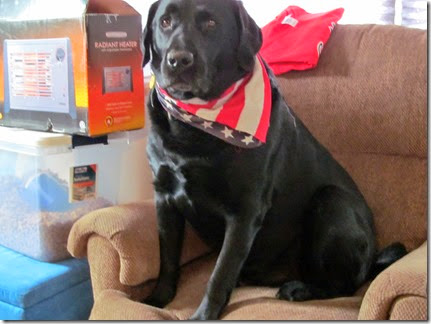 The Weibel luck is holding up or maybe I should say down, remember Donna dropped her glasses and they got run over. Well the other night I lost a hearing aid, when we went to supper. Today at the closing ceremony they announced a hearing aid had been found. Sure enough it was mine. However I ran out of luck as it had been run over like Donna’s glasses and was damaged beyond repair. 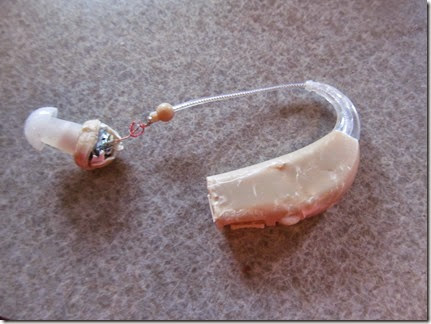 We now have a hearing aid to go with glasses, both slightly used.

We have opted for another day here at the fairgrounds, everyone will be leaving in the morning and I don’t want to join the stampede. Plus Donna wants to do some more sightseeing in the area of things Amish.

Sunday we will be heading to  the Fort Wayne area to driveway dock for a few days at our Niece Dianna’s with her family.

Then we are going to take a couple days and make a leisurely trip back to St Louis stopping a couple nights at campgrounds along the way.

Hope all is well with all our friends out there, please somebody send some warm weather to the Midwest, my Son says it’s even cold at the Ranch.

Posted by Sam&Donna Weibel at 3:47 PM