Spent most of the night watching the news, as most Americans & Canadians know, The St Louis County Grand Jury announced the verdict for Ferguson Police Officer, Darren Wilson who shot Micheal Brown to death in August.That announcement came about (09:30PM) CST  that no indictment had been issued.

It did not take long for the violence and looting to begin.

Over a dozen large fires were started in businesses on West Florissant Ave from Ferguson into Dellwood dozens of cars including at least 2 police units were burned, One police officer in a neighboring community was shot and wounded.This alone is a miracle since hundreds of shots were fire, some from automatic weapons in the area. The Fire Departments could not respond to the fires due to gunfire. Lambert St Louis Airport diverted incoming flights due to gunfire and limited flying to police and military aircraft.

In the past I have been accused of being a racist retired cop because of my views on rioting and looting. I will make it clear, I see nothing wrong with exercising our first amendment rights to dissent and demonstrate in a peaceful manner. But somebody out there tell me what gives someone the right to destroy and steal and use firearms in an unlawful manner and put the population at risk, because they don’t agree with someone else's opinion. 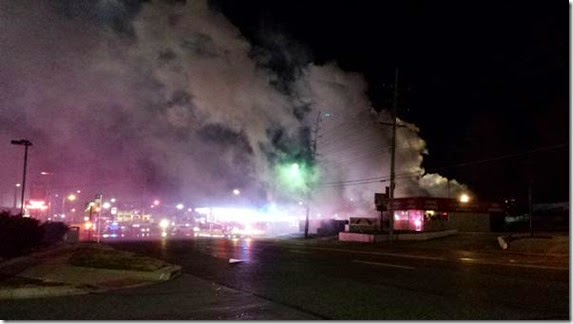 Business’s on fire in Dellwood, My old beat. 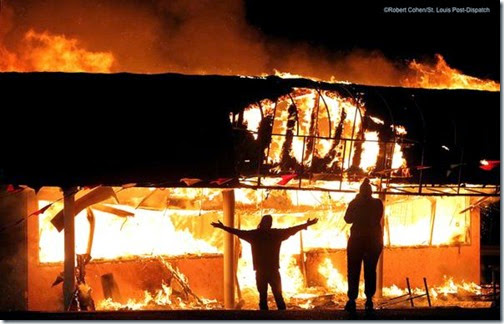 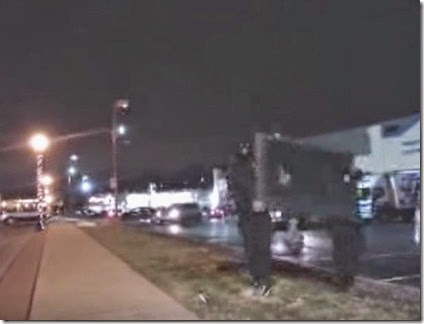 Somebody tell me what this has to do with mourning a dead young person.

Anyway it looks like we will be having some hectic days here in the St Louis area.

Please pray for those Officers and Guardsmen. who will be out there in the trench's trying to get this situation under control.

So far it looks like a couple dozen businesses burned out on a stretch of West Florissant That runs from Solway Ave in Ferguson, through Dellwood to I-270. One report said the Dellwood City Hall and Police Station was on fire, if that’s true, That’s my old station house. So many memories of that area up in smoke.

Oh well I guess I am lucky to be retired and watching it on TV, someday I’ll drive back and take a look for myself.

All is well here at the Weeb Ranch, the pooches are doing fine, and beside being cold. life goes on.

Hope all is well with all our friends out there, Be safe. Sam & Donna………

Posted by Sam&Donna Weibel at 4:47 AM