Finally the sun came out this morning about 10:00AM, although the temps are in the low 50’s so still a little cool, the week is flying by as it does every week.

The pictures below are actually a test of the instructions RICK gave me on changing the default size of my pictures, Thanks Rick it worked just like you said, you’re the man.

The pictures themselves are two of my favorites of my late brother Rick, who died of cancer in Dec 0f 2009. 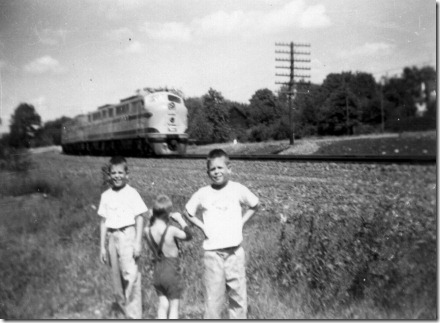 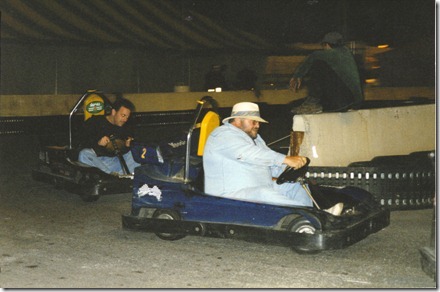 Rick in about 2005 racing carts with his buddies.

I sure miss that guy if it had anything to do with motors or racing he was into it. Life is sure short..

I was hoping the temps would get up so the grass would dry I really need to get the Deck on John Deere and get out there and start mowing, I am starting my own Prairie ground in my back yard.

My son Andy went to get Nicole at school so I am sitting here waiting for her to get home, after homework, I will see if she wants to take Sadie and I’ll take Rigg’s for a walk.

Right now Sadie is tormenting Rigg’s by trying to steal one of his stuffed toys he is holding she will jump up on top of his head, and nip his ears and then his jowls the whole time growling like she is a big toughie,  Rigg’s doesn’t make a sound and just keeps pulling on the toy.

Someday I will figure out the video part of my Canon and share this with you, he is just so good with her.

I see where Rod in KC, dewinterized his MH. I may do that this weekend, and get the frig fired up and all the other systems checked like the furnace, I did fire up the A/C last weekend and it is working, so Once all is checked It will be ready to roll, Frozen food will be stocked, also beer & soda, so if we decide on a quick trip it just takes a short stop at the store on the way out for the stuff that would spoil. Actually this is late in the year for us as I have had years when I made a short trip in the end of March to shoot some trains, and not worried about freezing, we just had a long cold winter this year, another example of global warming.

Well that’s about it for today, another slow day at the Weeb Ranch. Be safe out there. Sam & Donna…

Posted by Sam&Donna Weibel at 3:23 PM