Started the day early with my wife at 04:30am then she was off to the truck company. They are forecasting snow today and tonight.

Here is what it looked like at 03:00PM when I brought Rigg’s in. 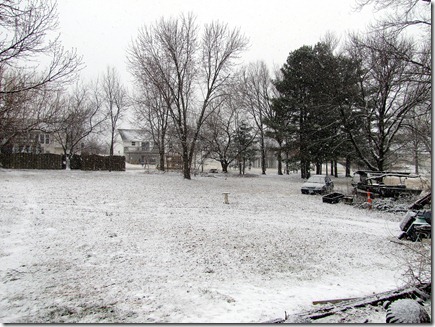 I put in yesterday’s blog that Andy had returned from a fishing trip that was hosted by his Uncle Pat, (Donna’s Brother) He took his son Patrick Jr and his son in law Larry, and Andy and treated them to a four day fishing trip near Orlando Fla. Andy and Larry caught some pretty  big fish. 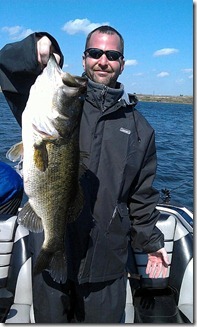 Andy with his biggest. 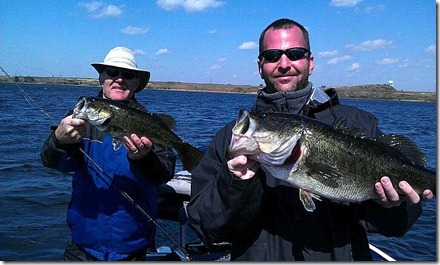 Larry & Andy with a couple. 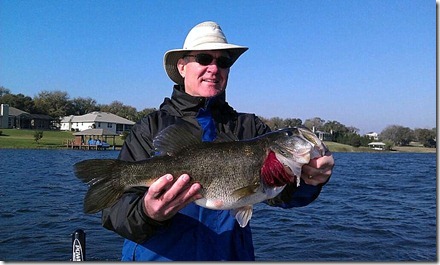 Larry with his biggest.

They are both claiming bragging rights for the biggest fish. Thank you so much Uncle Pat for a wonderful time and trip.

Just so you know all of the fish were released after the picture taking and none were harmed.

They said it was warm in the sun on the land but once you got out on the lake the wind really made it cool and they were glad to have brought heavy jackets.

As I said it just started snowing heavy at about 03:30PM so that means Donna will have that to contend with it in her evening commute home. Can’t wait until she is retired and I don’t have to worry about either of us having to do winter driving duty.

Nicole just got in from school and Samantha just rolled in from work so two out of three are home.

Hope all is going well for our friends in Blogland, wish all and enjoyable week, Be safe out there. Sam & Donna..

Posted by Sam&Donna Weibel at 3:50 PM