I have a tendency to do things that, as Archie Bunker would say, make me look like a dingbat.

Yesterday the trash cans were full (they are small) so I walked them up to the dumpster they have here at the resort. 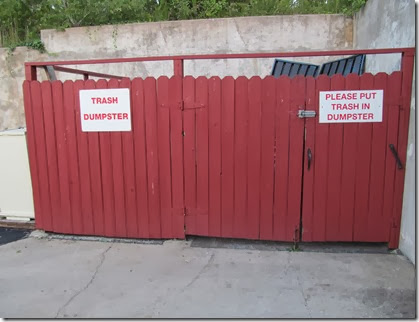 I opened the door, went in and tossed trash…then I heard the dreaded  CLICK. This is a self locking catch and had closed and locked behind me. 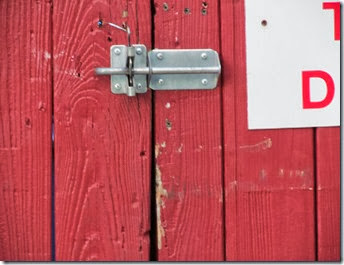 Oh crap now what !  Well this structure did have cross bars, so I hiked myself onto the first cross bar> Fortunately I am tall and could see over, aha, spotted one of the maintenance carts across the way. So I wait for someone to come out of the building..I spotted him “Hello, Hello”  he stopped in his tracks and started looking around, of course being a normal human being he didn’t think about looking in the dumpster. He’s walking off!! “Hello, over here I’ve locked myself in the dumpster” finally he noticed me….he said ‘there should be a little wire on the inside pull on that’…whew freedom.  I guess if I hadn’t seen someone I could have crawled over using the cross bars, but would have been a heck of a drop onto the parking lot.

On to more pleasant topics than trash.  The four of us went to the Dick Clark Theater this afternoon and saw The Legends.  Tribute shows to young Elvis, Buddy Holly, Whitney Houston, Johnny Cash, and Las Vegas Elvis, and the Blues Brothers.  Was a very good show, especially the Johnny Cash, close your eyes and you would swear it was actually him.  The gal that did Whitney had a great voice, but isnt much of a performer….just stood and sang, no movement or expression. But the sound and lighting, the costumes and the performers were a lot of fun. Of course music is geared to our age level which made it even more enjoyable.  There were ladies in the front that were screaming like teenage girls when you Elvis did his shakin’. 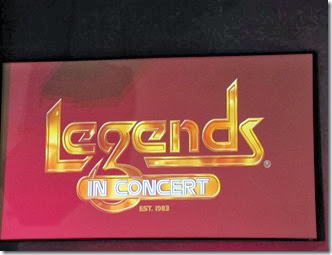 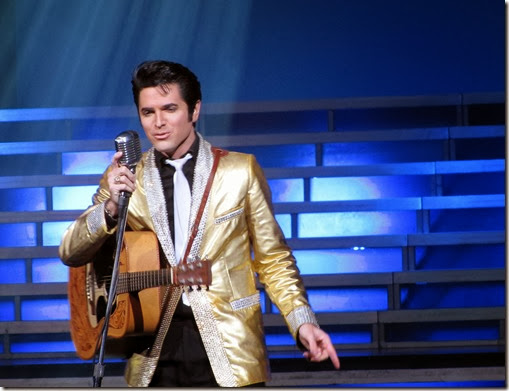 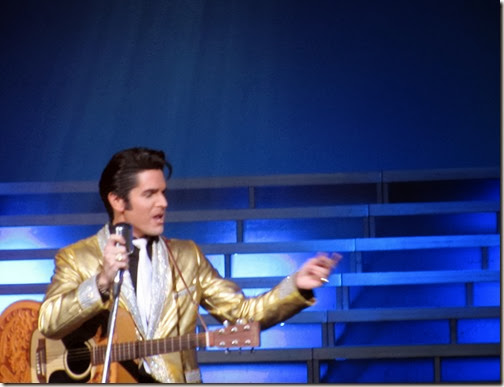 Young Elvis had the women screaming. 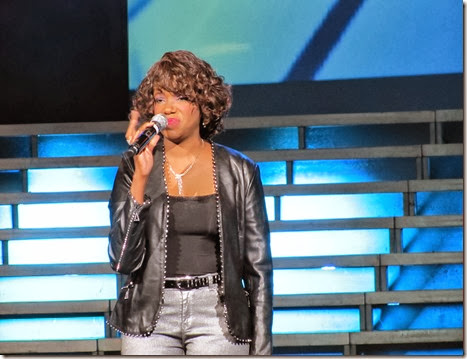 Good voice, but this is how she was the entire show. 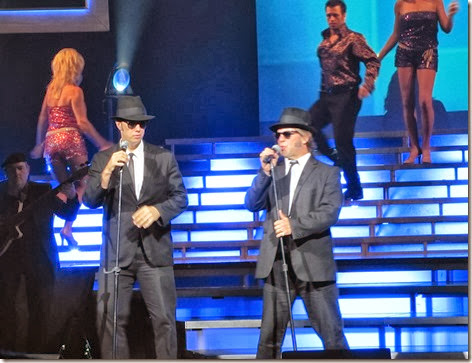 Of course these guys were all over the stage. Fun to watch 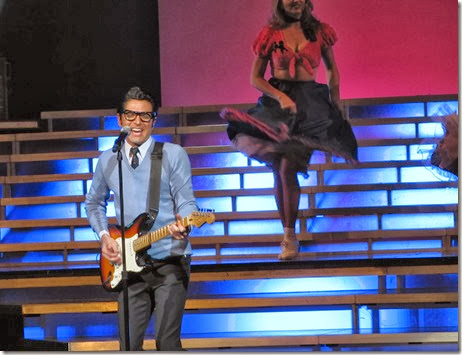 Buddy Holly okay. This is same guy that did young Elvis.He was a much better Elvis than Buddy 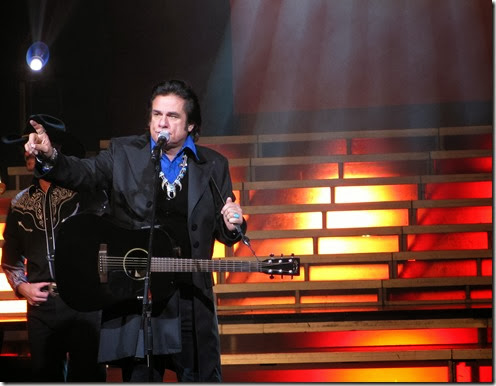 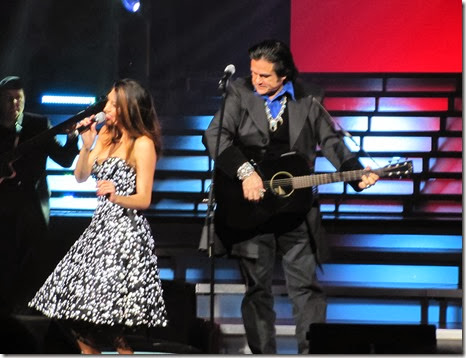 Johnny was the best. One of dancers did a number with him as June Carter Cash. She was a much better singer than dancer.

All in all we had a great time.  Since we went to an early show, we went to dinner afterward……if you are in Branson stay away from Doc’s Hickory House. My prime rib sandwich was inedible. I had ordered it rare to med rare, it came out well done. Server very apologetic and took it back, came back medium which I would live with but color was grey which prime rib shouldn’t be and tasted awful, one bite was enough for me. Sam got a sausage link sandwich and he said it was incinerated. Pat and Kathy’s food was just barely edible, a pulled pork sandwich and a sampler platter.  And food took forever to get to us, they were not busy and was over half an hour to get sandwiches. As with most places in Branson, there was a guy singing and promoting his CD. He was awful. No original songs and he picked songs that did not fit his voice, he tried to sing tributes to many different artists and it just did not work.

Now we are back at the condo and just chillin.  Tomorrow I think we are going to see some tigers.

Oh, in case you didn’t guess, this is Donna…

Well everyone….Be Safe out there 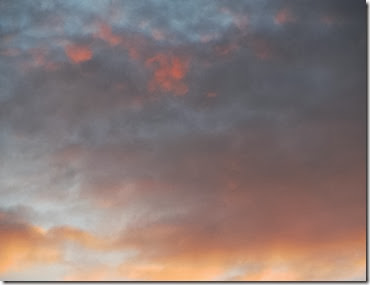 Posted by Sam&Donna Weibel at 8:56 PM