RIGGINS AND THE LAUNDRY BASKET

Not much going on here. Weather has been beautiful, warm not hot days,cool nights. A little cloudy today but that’s ok.

Working two jobs I have not done much grocery shopping since Sam retired, now we shift off the ‘chore’. I used to enjoy it, but now it is definitely a chore. Believe me it was quite a shock the first time I went and saw how much everything has increased in price. Now with drought last year anything with corn or wheat or that is fed on either of these is outrageous. When did a can of Crisco get to be $6.00? $12.00 for a bag of dog treats? $2.00 for one onion? Oh well, its not going to change but wish my salary had increased exponentially to the price of food.

Now on to the title. I always thought Riggins was a fairly intelligent boy, most labs are.  But the laundry basket threw him for a loop.  He was bringing his ball to me and dropped it, into the empty laundry basket it went.  I thought he would just reach in and get it…boy was I wrong…the crying started…the staring at the ball began. 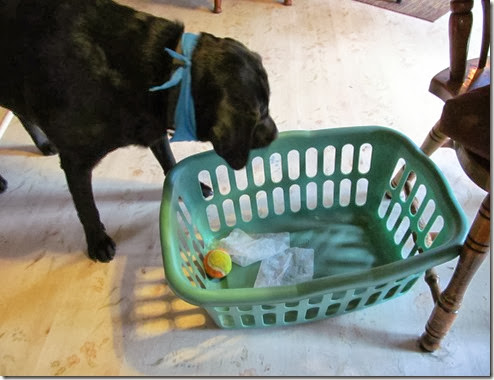 Then he decided the ball was in prison, so he tried to paw in out between the ‘bars’. 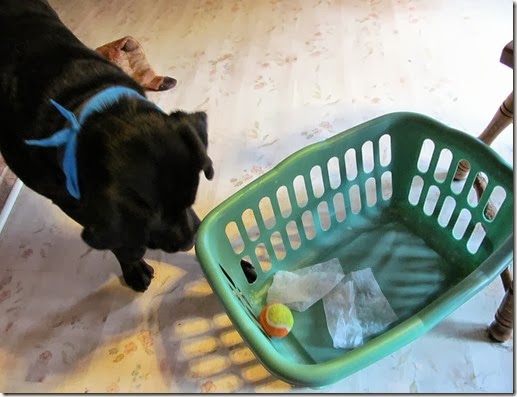 I told him it was his ball if he wanted to pick it up. So he decided, pawing at the bars and nudging it with his head would work. 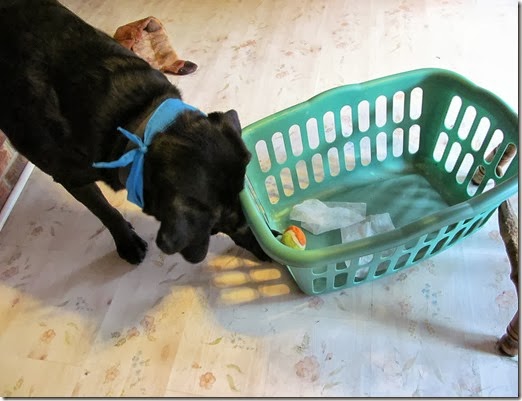 Then more whining and staring at me with the you get my ball back.  I told him to keep trying, so there was more head butting and pawing.  Finally he slapped basket hard enough it fell over on this side and Wallah,,,,,my ball! 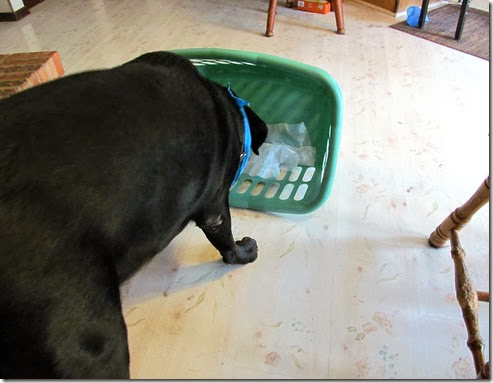 Guess that was too much work because he then took  a nap.

Here’s an easy diabetic friendly dessert. One package sugar free cake mix..bake per instructions in 13x9 pan. Let it cool. Make a pkg of sugar free pudding. Take end of wooden spoon and poke holes in cooled cake, pour pudding over top slowly. Some will go in holes and rest you can spread across top like a frosting. Keep refrigerated.

Well that’s it from here…..Be Safe out there.

Posted by Sam&Donna Weibel at 6:24 PM