After the kid’s were up Donna decided she would do some baking and of course Nicole was her Assistant Baker. 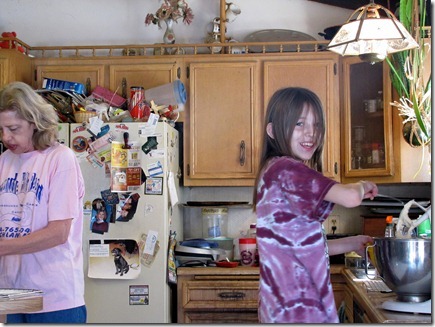 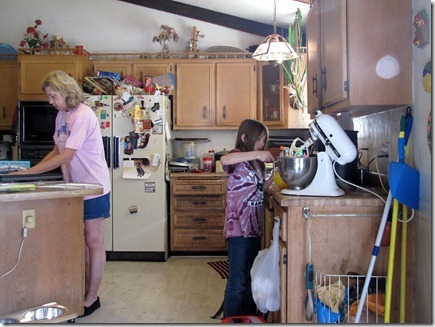 Looks like the Baker and her Assistant are hard at work on a batch of Peanut Butter/choc chips.

While the girls were busy in the kitchen the boys were locked in combat on the Xbox. 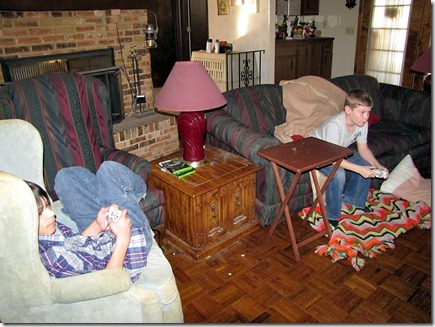 Of course Rigg’s was not going to be left out of the action. and was stealing stuff so the kid’s would chase him. 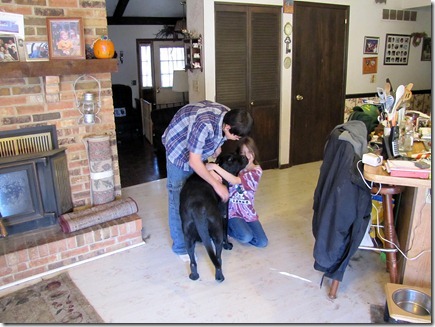 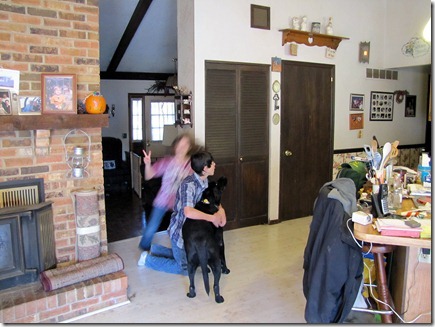 Then he was waiting for Grandma to throw him his ball. 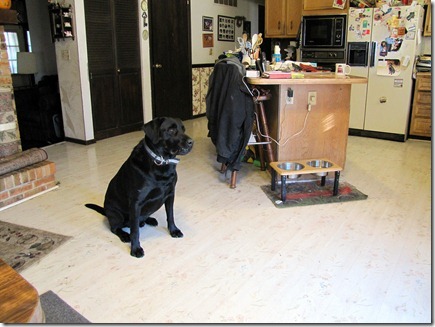 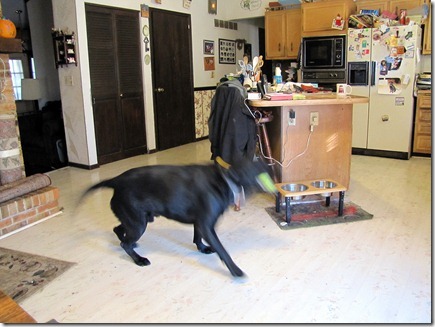 Never a dull moment, The boys are being picked up around noon to go to Adam’s house for a sleepover, Nicole will stay and since it is a sunny day her & Grandpa might go down to the new park they built by the City Hall.

Donna has the restaurant tonight, so it will be quiet at the ranch tonight, unless Nicole and Rigg’s and I can stir something up.

Looks like a nice sunny day so far but it is only going to be in the mid 40’s so whatever we do we’ll need a warm coat.

Well that’s about it for now. Thank God for the kid’s they sure fill in a lot of the dead spots in life. Be safe out there. Sam & Donna…