Well it’s the start of a New Year 2012, and what better way to start it but with a coffee with your bride, Donna had to work last night, and got home right around midnight, by that time my train movie had worked it’s magic and I was zee’ed out and never saw anything fall or heard any explosions, so I have to take for granted it is in fact a new year. 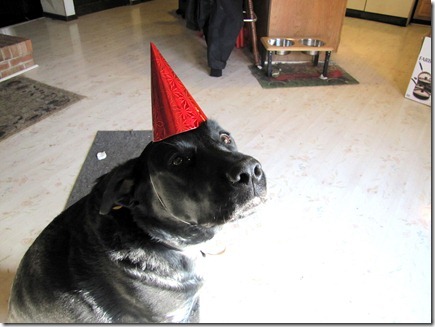 Today is a nice sunny day in the 40’s, definitely not the usual MO. weather for New Years, This is usually the coldest part of our weather with an above average chance of snow being on the ground, the majority of our below zero weather usually comes between Christmas and Feb 1st. Also most of our snow, Usually after the middle of Feb and the 1st of March you can count on a few nice mild days and Spring is here by April 1st.

I hope we are in for a mild winter this year after the one we had in 2011.

Really a do nothing day Donna is catching up on a nap and then she said she is making Chicken in Alfredo sauce for supper. For you guys like DONNA from Sandwich Il. that’s dead chicken in white sauce.

I spent a little more time this morning restocking drawers and looking around the fiver, I must say Don is a craftsman, on the cabinets and sink wherever a screw was removed or molding was replaced, he repainted so everything looks brand new. Around the edge where the carpet used to be he installed really nice tasteful molding again any nail holes were painted just giving it a nice finished look. He is a retired carpenter that started this RV repair business as a retirement job, he works out of a huge pole barn with room for several trailers, and had two waiting to come in when mine was out, the one was a sideswipe and he said they are tough, but it will look like new when he’s done. I would recommend him to anyone who needs a fix like mine.

well that’s about it. I am going to just sit around and relax, and hope for a trip to be possible soon as the weather warms , or maybe even before it does.