Was up early and had coffee with my pretty bride, Donna started a couple loads of wash and I read some blogs on the lap top. I think I mentioned I was looking at a Verizon Mifi Jetpack 4510L for $34.99 on Amazon, I had seen it when we were in Florida and Pauls other guests Brian and Sue had one in their motorhome. I liked the idea of being able to post and have your own wi-fi  hotspot when you were parked where there wasn’t any wi-fi provided.What I didn’t like was having to sign a to a two year contract with Verizon if you wanted a free MiFI, if you wanted it on a monthly basis where you could turn it on or off when your traveling, then they wanted $300 for the Mifi. So that was when we said no to Verizon.

Anyway I found that they sell Verizon Mifi’s on Amazon and I ordered one for $34.99 a lot different than $300 even if it was used. It arrived yesterday and appeared like new, however it didn’t have a sim card inside. So this morning I went to the Verizon to see what a sim card would cost and what I could get a 2 week activation for to make sure it worked. When I got to the counter a young lady started off by saying she could give me the sim card free, but there was a $36 activation fee and I would have to pay the first time for a month at $60 a month. I was about ready to say no I don’t even know if this thing works, when a young man who had store manager on his name tag came over and told the girl to take care of some people that had walked in just before me  and he would wait on me. He was looking at my US Navy Aviation ballcap, Then he said did you fly in the Navy and I said yes I was a rescue swimmer and aircrewman in a rescue helicopter squadron. He got a big smile on his face and said , my Dad flew in the Navy too and he was rescued by one of those choppers, if he wasn’t I wouldn’t be here now. I told him I am always embarrassed when some makes a fuss over my service, but he said he no problem just remember you guys made a difference in this world. The bottom line was he discounted and waived the activation fee, and let me have a two week trial with 250 megs of data for $15.00. The used Mifi works like a champ, and when we hit the road again all I have to do is go and have them turn it back on for the month and then call in to renew the months until we want it shut off, no contracts no nothing. 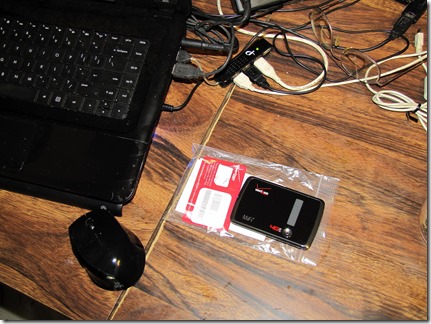 That is the news for today, it is another hot one today here at the ranch, it was only supposed to reach 93, but it is 98 and still climbing at 01:00PM. I may need to go to the pool later, no outside work today for us.

Hope everyone is having a great day. Be safe out there. Sam & Donna……