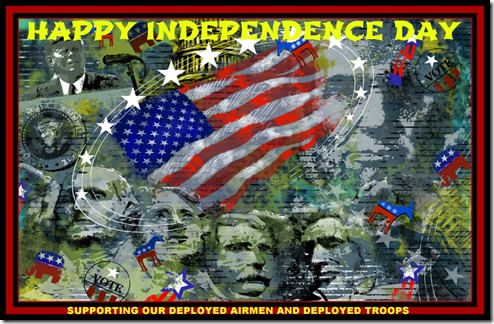 For better than 200 years our Great Country has enjoyed a Freedom known by only a few other lands. I know we all sometimes take it for granted. But we have preserved our freedom by the service of millions of young Americans, some who forfeited their lives to preserve it. 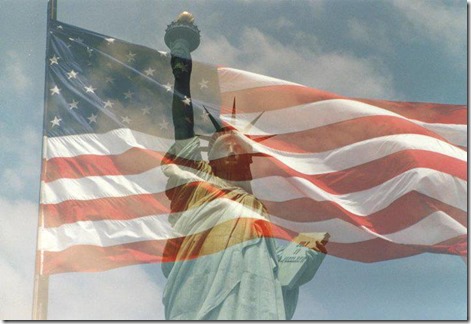 Just by coincidence one of the ships I served on was the USS Independence CVA62 , I was a member of the HC-2 Detachment 62, assigned in the fall of 1969 we made a cruise to England and the Scandinavian countries. To show our NATO Allies we could deploy in winters worst weather on the North Atlantic. 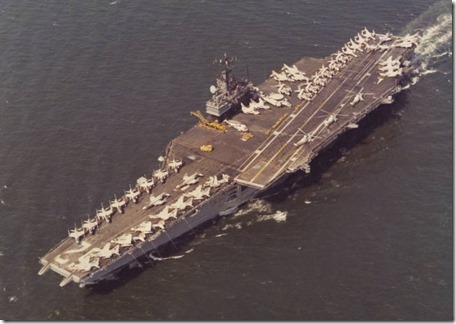 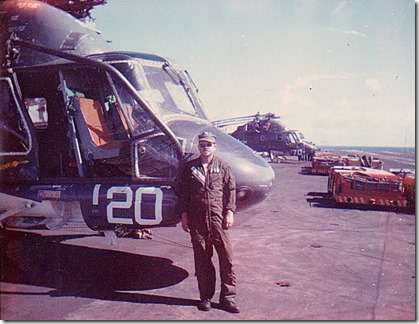 Sam aboard the Indy in 1969.
I have to say she was a clean modern ship at the time and I was fortunate to have participated in a rescue of a sailor overboard in the mid Atlantic on that detachment. I must say I have nothing but good memories of a good ship , a good crew, a great detachment, something that the stuff of memories are made of. Today CVA 62 is in mothballs with three other sisters in Bremerton Wa. They will never sail again since they are oil fired, and have had all kinds of material cannibalized for their newer sisters of the Nimitz Class.
Happy 4th of July to all our friends and fellow veterans.
On the home front Rigg’s and Sadie were invited to an ice cream social last night since they both have been good. 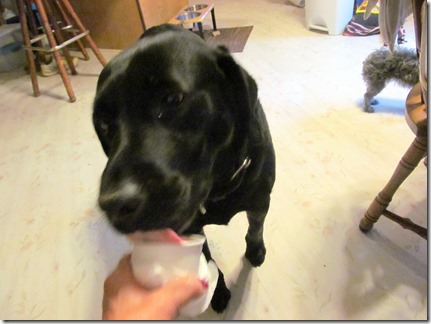 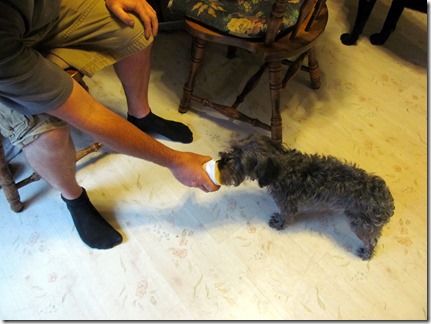 Rigg’s finished his, but little Sadie couldn't finish hers and her mouth was starting to freeze, so her big brother came to her rescue and helped her out.
Well that’s about it here at the Ranch hope all of you are having a great holiday and long weekend. Please, be safe out there. Sam & Donna…
Posted by Sam&Donna Weibel at 4:11 PM