DIDN’T GET LOST ONCE

Nope not once did we get lost yesterday, but then we really weren’t traveling either. By the way, I hope anyone reading blog when I do it, I hope you understand that blogs like yesterday are suppose to be humorous. I have a very tongue in cheek humor and hope no one thought I was being mean, or whiney…p.s. I don’t whine, might bitch a lot but don’t whine. Nuff said.

Sam has been longing to get to a pool. For months planning this trip his first priority in campgrounds…POOL. Poor guy until now water has been to cold. So yesterday, armed with his towel,his tube and cooler off to the pool. 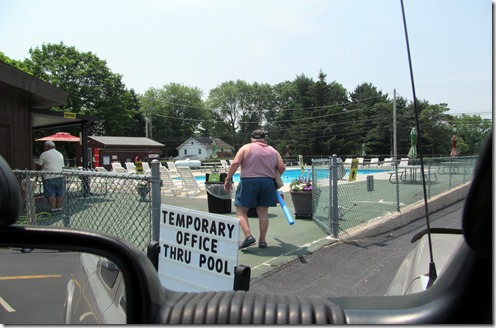 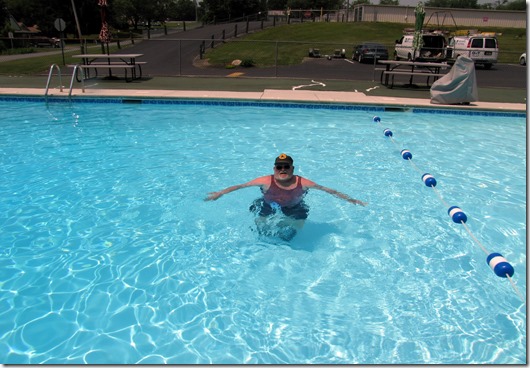 While he was in pool I decided to drive around and see what there was to see. Harrisburg is the capitol. Took a few random photos from the truck. Would have liked to have gotten out and walked around a bit, but temperature was 94 and the air quality was poor. News said if respiratory problems stay indoors. Knew it wouldn’t be good for me to even attempt. Could see headlines “Dumb ass Missouri woman collapses decides to walk around despite warnings”. 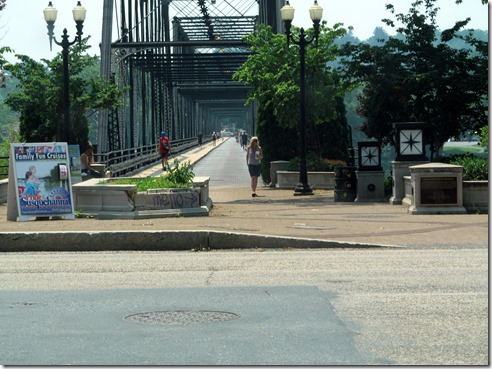 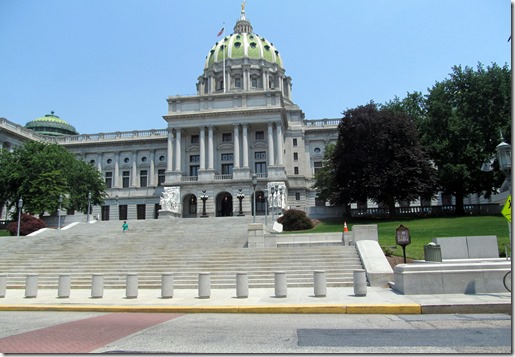 Capitol  building, would you look at those stairs. Rocky Balboa this one is for you. 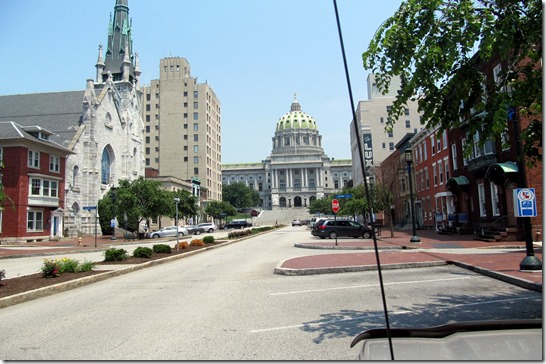 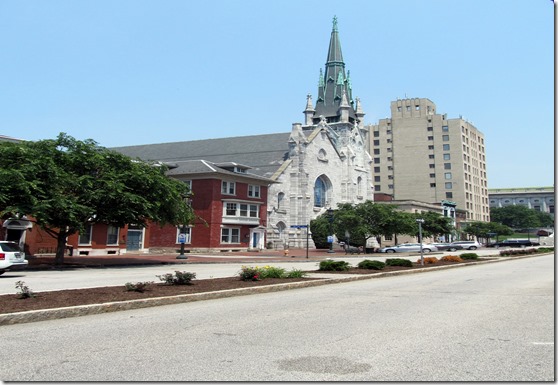 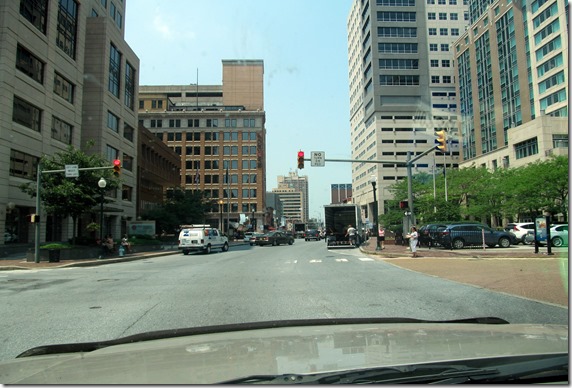 Typical downtown area. Vendors blocking lanes making deliveries. Lanes very narrow, lots of traffic. Pedestrians crossing in middle of street running right in front of you hoping to scare the tourist. Not me I drove in St Louis too many years to worry about that.

Back to campground. I did wave at Chappy on my way back as I could see her from highway.

Started to rain so Sam had to cut pool time short. He said while he was in water has back felt better. Poor guy is really having a time with his back…but typical male, will he go to a doctor or chiropractor of course not.

We got neighbors yesterday evening. Of course Riggs has to bark when he hears people. I always wait until late to put him out at night , that way no one walking around or kids playing that he can bark at. Put his rope on him at ten and we went outside. He barked and charged. Neighbors were standing in front of the unit talking to a guest. I yelled he’s friendly and fortunately rope stopped him about a foot from them.  They laughed and said Hey Big Boy what's wrong, stuck out their hand and then started petting him. Of course they told him you really are a big dog.  Whew, all I had to apologize for was not seeing them and letting him charge like that, not that I had caused someone a heart attack.

Today we travel to Hershey to hook up with Phyllis and Len of “My highways in my own mind” blog. They are full timers and we have met them a couple times before. Great people.  He’s from Louisiana and she’s from New Jersey…apparently opposites do attract as they are so good together.

Well everyone have a great day and safe travels.

Posted by Sam&Donna Weibel at 6:29 AM