Still here at Cross Creek Campground. Yesterday was the party celebrating my great nephew Drew’s graduation. It was held in Heritage Park at the Everal Barn. Its an old barn that was on a working farm and has been restored as a party hall. Amazing what they did to it. 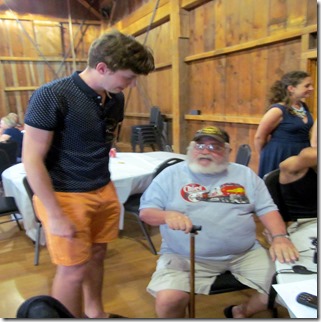 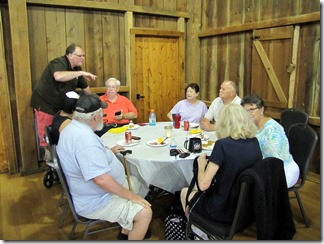 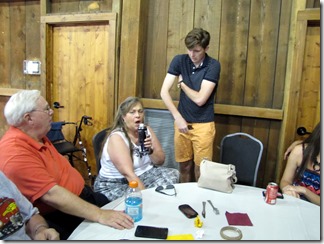 My brother, my niece Connie, Drew 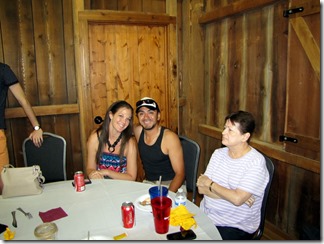 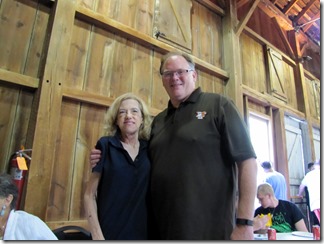 Me and Patrick (Drews dad)

As you can see our family grows them big. The shortest boy is 6’4”. Only time I feel short is around them.

It was really nice, plenty of food and my niece and her friends love to make cookies so there were thousands of all varieties. Of course on the food bar there had to be Cincinnati chili….no beans but has cinnamon and chocolate, must be an acquired taste.

Down side when we got back to the rig, Sam hooked his foot on Riggs’ tie out and and fell. He wasn’t  hurt other than he has been having problems with his back acting up and it was just starting to feel better and the fall really set him back.  Also almost gave the guy parked next to us a heart attack when he saw Sam go down and didnt see that it was the rope that caused him to fall. We had planned on going out to dinner tonite with Pat and Geae but with his back acting will wait until tomorrow night.

This is really a nice campground, hope to get pics tomorrow. Today was cloudy and spitting rain off and on. Late this afternoon had a terrific down pour.

When we were putting sewer hose on yesterday, made the mistake of having Riggs outside with us, some how he managed to get under and over hose while we were connecting. Then someone came down road walking their dog, he charged out and cut the hose in half. Fortunately, the campground store had one. But getting that new hose onto the fittings was a bitch. Young man next to us came over and helped thankfully.

Our converter has been acting up, yesterday Sam had to put the battery charger directly on to batteries as they were down to zip, we had no air and it was 88 inside rig. Being Sunday not a lot we could do.  First thing this morning I called Mobile Rv Service and explained problem. This is a one man operation but said he would be here this afternoon. His name is Mike Graney and he used to work for dealers, decided to go into business for himself because everyone else makes you bring rig in for service where as he saw need to go to the campers. Didn’t take him long and we were back in business. Of course not cheap,close to $500.00 for parts, labor and service call, but probably wouldn’t have been any cheaper if we had to have a dealer do it.  In past Sam has done these things, but with his back acting up and the neuropathy in his hand he just couldnt do it this time. 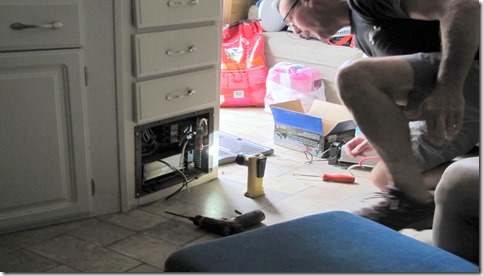 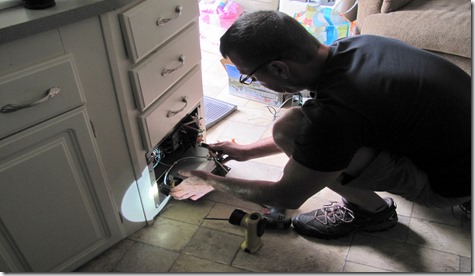 Well, that’s about it for today. We are spending one more day here. Will leave Wednesday morning head east to Pennsylvania.  Hoping to meet up with Phyllis and Len of “My own highways in my mind” blog in Hershey, Pa. Then it is on to New Jersey to see son Tim and his family.

Everyone have a good night and be safe and well.

Oh almost forgot, Riggs said to tell everyone he was been good.

Posted by Sam&Donna Weibel at 8:11 PM