We were up about 06:00AM, had coffee, Donna napped in to get some more rest.

Adam had his Saturday kid shows to watch. About 09:30AM I called Don and he said to come on out that the fiver was finished.

I went out and picked it up and I really like the job he did it is rock solid, he said he used 3/4 inch treated plywood for the floor said it should resist any more moisture should it ever leak again, Hopefully it won’t, you know I’ll be watching it like a hawk now. 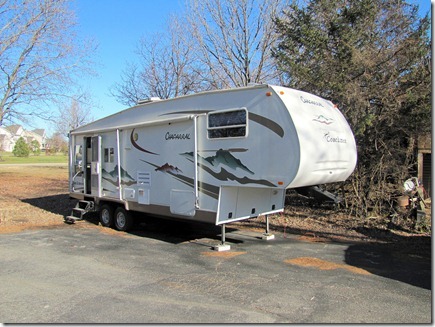 Chappie is home on her pad.. 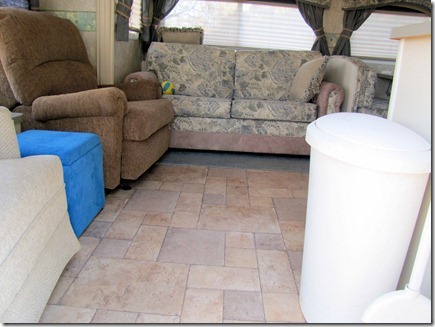 From the entry door. 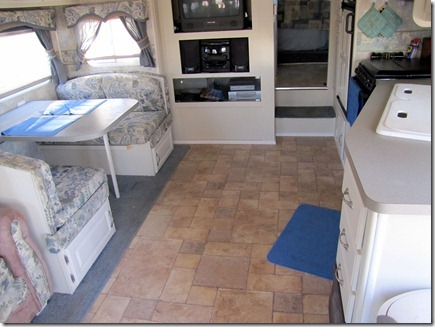 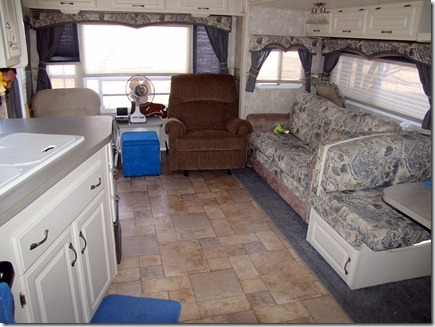 Looking toward the rear. 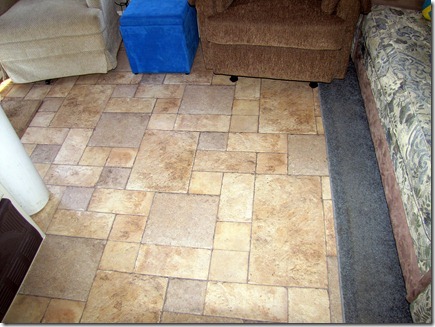 The only carpeting left is on the slide and it just makes the joint look better. The one thing I noticed this flooring gives you a feeling of more room in the living area.

It’s ceramic and came in 2ft by 4 ft sheets with the pad already attached, it was twice as expensive as the thin vinyl flooring that was in there, I think the appearance and sturdier construction and the ease of keeping it clean will make up the difference.

After the pictures I hitched the battery maintainer to it and disconnected the the AC power so the converter doesn’t have to run in the couple months it isn’t being used.

That’s about it for now I have to take Adam home to Warrenton.

Everyone have a great New Years Day and be safe out there….Sam & Donna…

Posted by Sam&Donna Weibel at 2:06 PM