Was up at 04:30AM and had coffee with my bride, then she was off to the truck company.

Kevin and Ruth were up at 07:00AM and had a nice breakfast and coffee and then said there see ya’s and headed out a little after 08:00AM, they said they might try to make Oklahoma by evening.

We so enjoyed their visit and as always we look forward to seeing them again, what a nice young couple.

Just before they left, Donna called with the bad news that one of the younger girls that works with her at the restaurant, Renee, lost her husband to a massive heart attack last night, He was only 45 years old and leaves three teenage children. What a heartbreaker, life just isn’t fair.

Since I have three Son’s that live either on the Jersey shore or in New York City I have been watching this hurricane with great interest, I thought I would share a few pictures taken today out east. Taken today.. 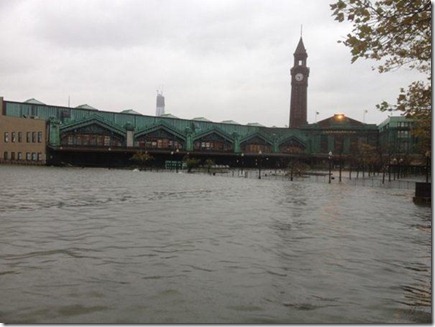 Street side of the Hoboken Rail/Ferry terminal under about 5 feet of water already. Miss Liberty getting a shower. 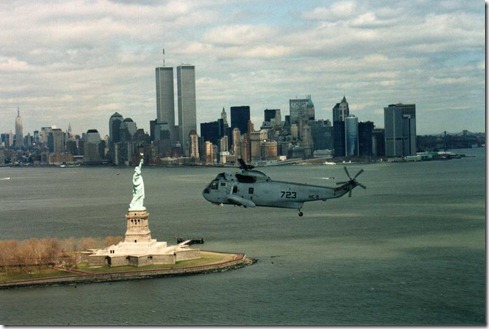 Normal view, water appears be above the first level of concrete at the top of the steps.

These were taken when Sandy hadn’t officially crossed the coast yet it will hit just about between Atlantic City and Tom’ River NJ. So the worst is yet to come. My Son Tim & family live about 2 miles from the ocean in Brick NJ. which is 30 miles north of Atlantic City, My Son Rick and his wife live in Asbury Park, again about 2 miles from the ocean and about 10 miles north of Tim. Then my Son Sam Jr. is in New York City right about a block from the Intrepid Museum on the Hudson River.

So as you can see we are keeping a keen eye on storm from our safe perch here in Dardenne Prairie. I e-mailed them all saying they should think about hopping a plane or getting in the car heading out here for a stay at the Ranch. But they are their Fathers sons and I am sure they will elect to ride it out for better or worse. One More. 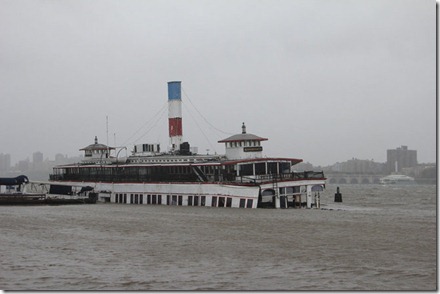 Again all of this is being done by the Hudson River before the actual arrival of the storm.

Well against that’s enough news for today, I hope the rest of the country is spared any more bad weather and everyone has a good week. Be safe out there, and say a prayer for all our folks out east in harms way. Especially the first responders who will voluntarily go out when ever they are called upon. Be safe out there. Sam & Donna..

Posted by Sam&Donna Weibel at 2:17 PM