Up at 04:30AM for coffee with my bride, then she  was off to the Truck company and then the restaurant, before she left she got a shot of Rigg’s settling in for his nap with Dad. 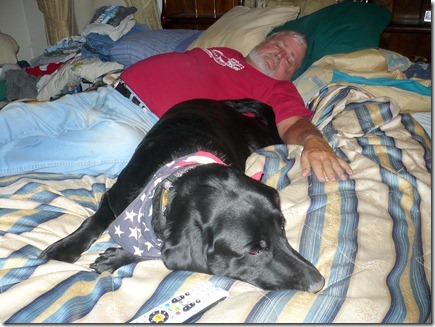 Is he spoiled or what? Notice who gets the remote.

About 08:00AM I took the deck to a new John Deere Dealer in St Peters MO.The one I always used to go to in Dardenne Prairie, closed last year. They said they would have it done by the end of the week, but didn’t know what the cost would be until they saw what they had to go through to get the stud out. I guess I should direct a prayer to Saint John D. ( the patron saint of tractors) to keep my bill down.

Came home and have had a lazy, but gorgeous day, sunny and lower 70’s predicted and so far that’s what it is. Rigg’s and Sadie like these days and are in and out all day.

Hey it’s a slow day, how about a few old Navy pictures. 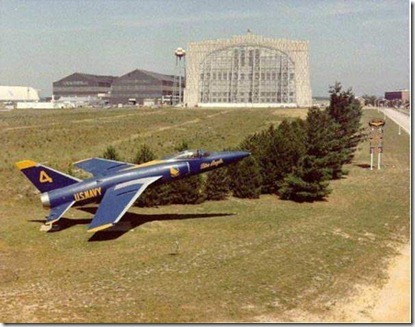 Blue Angel F-11 Guarding the gate at NAS Lakehurst NJ. the black hanger on the left housed HC-2 my squadron. 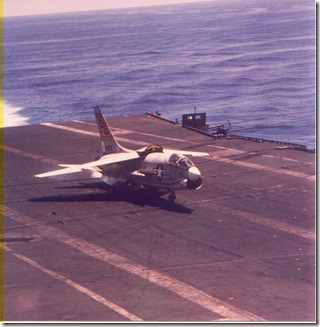 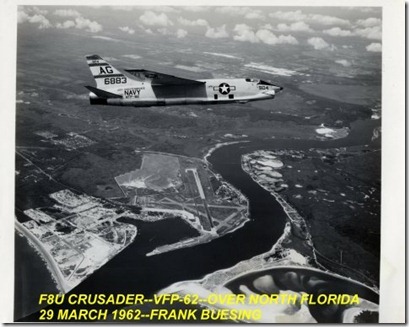 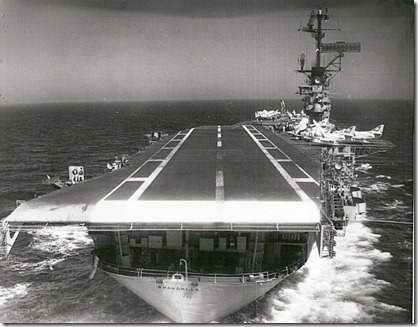 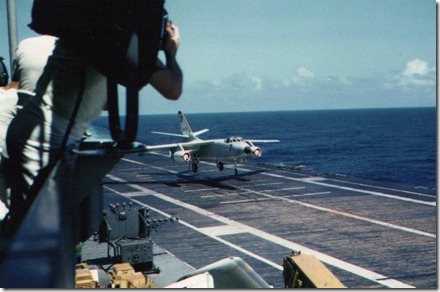 Bringing the whale aboard. 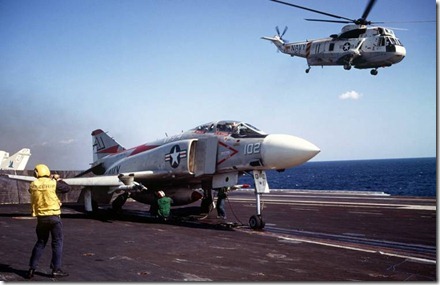 Phantom II F4J on the cat with the HC-2 Angel overhead.

As I have said before, Naval Aviation was the most fun a kid from the country could have, I wouldn’t hesitate a moment to recommend it to someone’s teenage Grandkid as a way to serve their country after finishing college or school.

If they had a time machine I’d take the ride back just to have a short stay in those days again. But today everything's is faster and better, just as dangerous. but hey, none of us are leaving the planet alive anyway. Better a few years a a young lion, than a lifetime as an old lamb.

That’s about it for today, hope you enjoyed a short blast from the past.That picture of the photo F-8 over Mayport was taken in 1962, on the right of the carrier basin is the St Johns River and in the background is Jacksonville Fla. Jim & De from Tumbleweed stay in the RV Fam Park at Mayport which is now located where all the sand is on the left, across from the tip of the entrance to the basin.

Posted by Sam&Donna Weibel at 3:32 PM