Pet Contest at the Rally Saturday

Up early had a free Coffee and donuts breakfast at the Hall. Then it was back to the trailer to wait and get Rigg’s ready for his first public appearance. Mom found out the Men’s medium shirt was to small and had to put it on him backwards,  But she saved the day, complete with a rope belt he was finally ready. 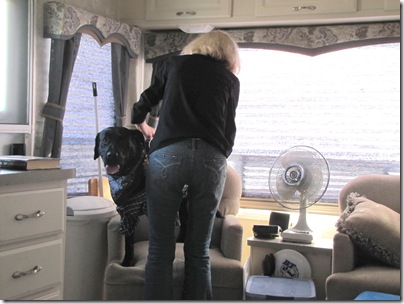 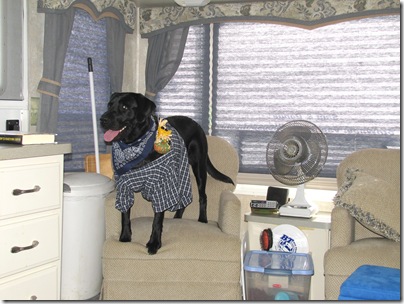 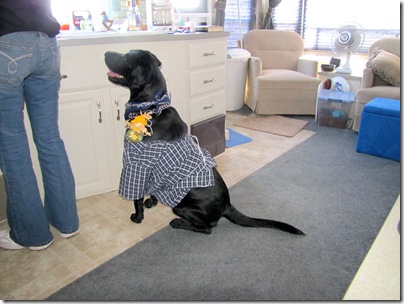 The big news is Rigg’s won the first prize in the Trick’s category, by doing his High Five, Taking a Bow, and Standing straight up for a treat. Donna had been a patient teacher and he came through after just a bit of distraction from the other dogs.

There were a lot of pretty costumes most were on small dog’s and were pretty fancy, even the one little lady who lost her panties when she was being walked by the judges. it was hilarious but she did not win. Rigg’s was the only male in the costume contest and I think all the pretty girl doggies had the judges swayed, but he performed his walk like a trooper. 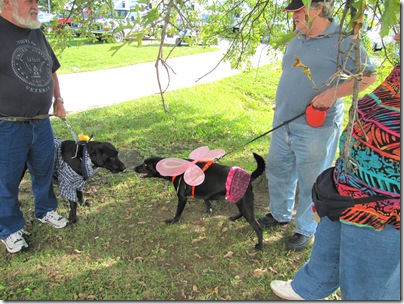 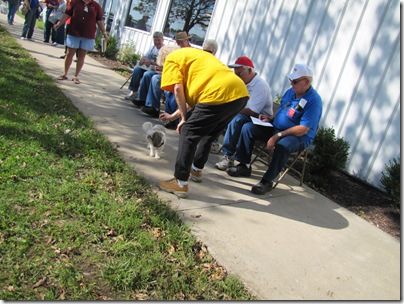 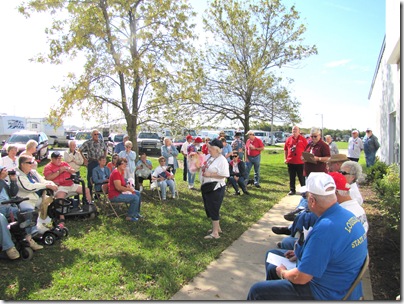 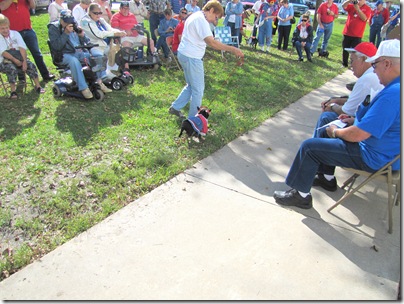 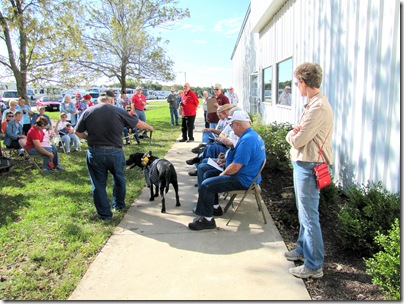 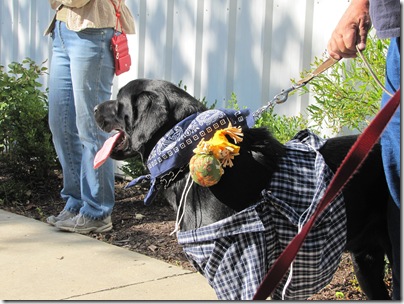 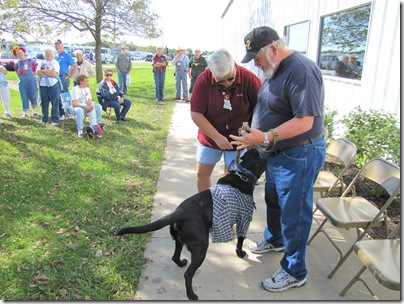 Our Happy Prize Winner getting his prize.

What was the prize Rigg’s won, A bag of doggie treats of course, We were both so proud of his behavior since he was biggest dog entered he was the center of attention and everyone had to give him a pet and you could tell by the tail wagging he was eating up the attention. It was truly a lot of fun for all of us.

Got another moon shot when we got up this morning next week it will turn to a Lair’s moon. 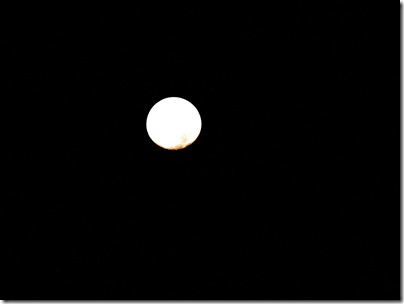 We both have a couple of seminars to go to this afternoon and then we will be going out again for dinner with another couple from Nebraska. Last night Donna & I went to a nice Italian Restaurant in Columbia MO. called La Bambino’s, very good food and not overly expensive.

Better get this posted, hope everyone is enjoying their day as much as we are. Be safe out there. Sam & Donna.