Was up early and had coffee with my bride,then she was off to the truck company. About 07:00AM I hooked up and headed out to Lake Sherwood which is about 18 miles west of the Weeb Ranch on the Warren County Line. Signed up for three nights and paid my & 24 dollars for the three nights total. I decided to let Rigg stay home this time so I didn’t have to leave him alone in the trailer while i took the boys to the lake swimming where he isn’t allowed anymore, He will be going for the vacation with Donna & I and Donna is home on Monday & Tuesday he will have some Mommy time while we are doing the boy things.hut the power down on the three

I got the fiver all set up and then discovered the 30 amp breaker  at my site was shot since I liked the site I was in and there was only one other site occupied I shut the power down at the drop for the three sites around me and swapped out the breaker with the next pedestal over. Then I restored power and my site had plenty of power. I took the breaker in to the maintenance shed and they said they would run and get one and replace the one I took out.

Once I got all this done I noticed that my TV was on, my DVD player was on, and my VCR was on, but the surround sound amplifier with the CD player and double tape deck was not on, although they were all plugged in. I took the cover off and found one of those little round glass fuses blown on the power supply board. I didn’t have any in the trailer but the local Garage had one that was close so I put it in and the surround sound came back to life. Oh well that’s what this trip was for was to find out what worked and what didn’t.

Now it was time to get Adam In Warrenton Mo.Got there about Noon and him and his best friend Layne were waiting. Loaded Layne’s bicycle up and headed back to the Lake . Once there we had lunch and then headed down to the Lake for a swim. After spending the afternoon in the Lake we headed back to the campground, I will try to get this posted in the morning. 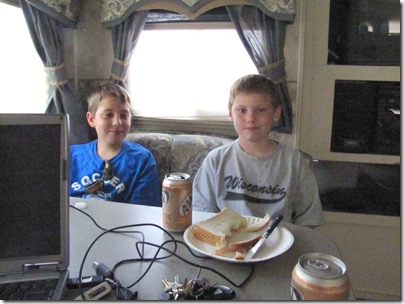 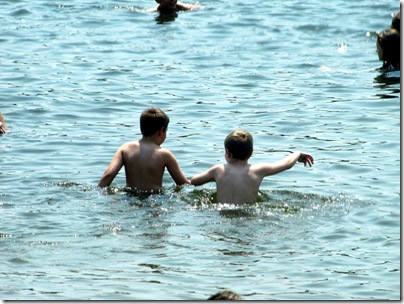 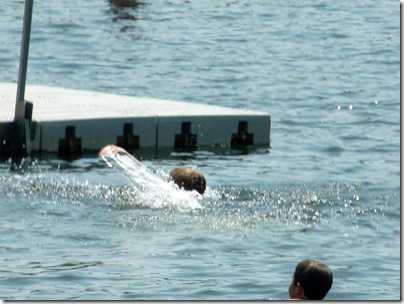 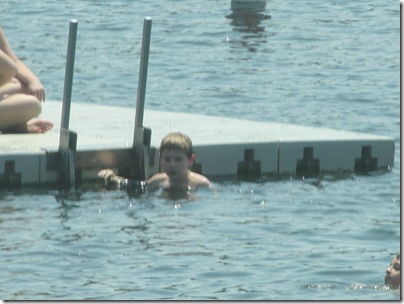 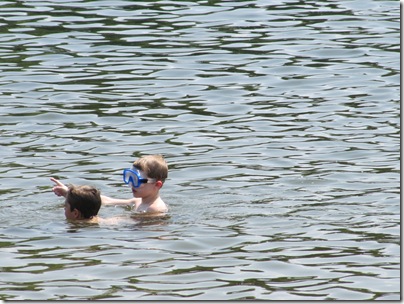 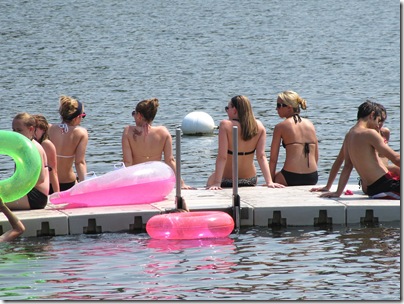 Posted by Sam&Donna Weibel at 9:10 AM