We were both up around 05:00AM and had our coffee, Sam checked the blogs and Donna watched some TV.
Today was another hot day in the 90’s so we decided to take the Riggster to the doggie park. He know as soon as we turn on to DD highway that it where we are going and he watches every turn so we get it right. He waits patiently for me to get his door open and then walks right to the gate and waits to get in. Mom & Dad got him a new float toy so he was anxious to see it and play with it. 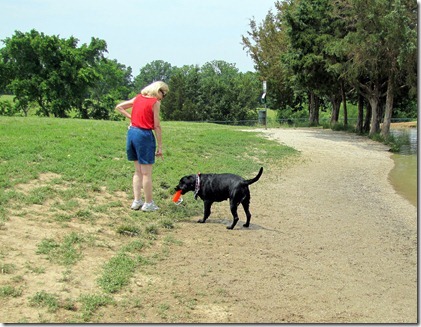 Mom giving him his new toy. 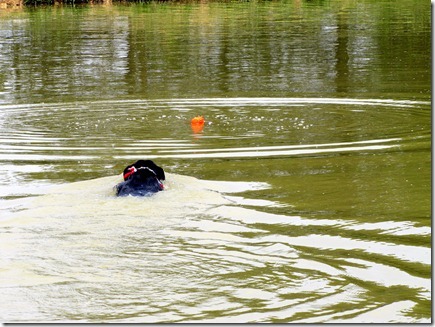 Here he goes after the first throw. 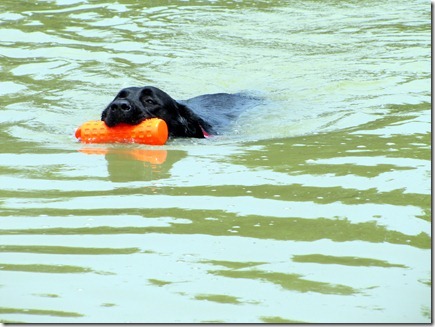 I got it Mom & Dad it’s bigger than my old one but I’m a big boy now.
While Donna was throwing for Rigg’s there was a yellow lab male named Sam who just kept jumping on her and wouldn’t let her throw, since he wanted it.The dogs owner simply watched and would not control the dog in any way. Donna was hot and told him to get his dog. He made a lame excuse how “oh he just thinks you are playing with him and wants to play is all” Needless to say that didn’t sit to well with her.This went on for about a half hour until we moved to the pavilion to get away from Sam. If Rigg’s had been jumping up on someone he would have been grabbed by the collar and held down and told no and if it occurred again we would take him home like a recaltrant child at the playground, why people think others should put up with their misbehaving animals is beyond me. 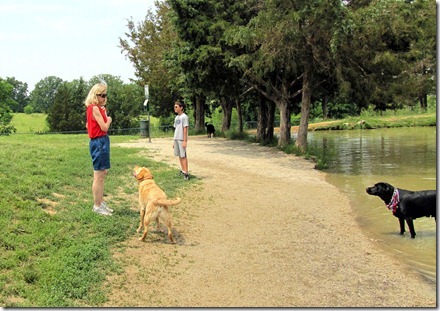 Donna & Sam the bad doggie.
After we left the park we stopped at Lowe’s and Sam ran in to get some fittings so he could adapt a home water filter to the 5th wheel. While he was in the store poor Rigg’s was like a lost soul looking for his Daddy, what a Daddy’s boy he is, 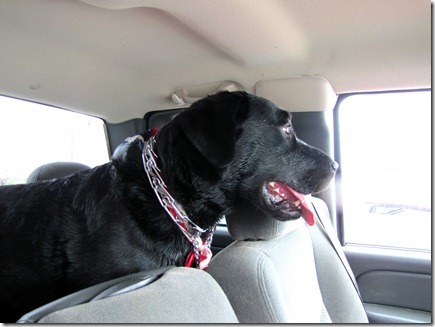 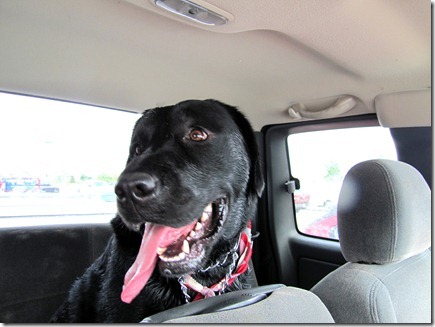 Oh Boy, Oh Boy here he comes Mom.
Went out and fired up our new grill for the first time, it lit on the first press of the button, I was impressed. Donna is getting ready to put four potatoes, and four steaks on it. I can hardly wait.
Decided to take the trailer to the lake tomorrow morning I should be able to get one of my good spots, and I will call Adam and go and get him, the pool and the lake sure sound good after the hot weather we have been having, the grass is mowed so I can spend 2 or 3 days out there and not be behind in chores, stocked it with food and drink, so it is combat ready for an immediate departure.
Maybe tomorrow blog will be posted from the lake.
That’s about it for now. hope all your weekend was as good as ours. Be safe out there. Sam & Donna..
Posted by Sam&Donna Weibel at 4:34 PM