Was up at 04:30AM for coffee with my pretty bride, she is still not feeling here best and went into the truck company.She said she will try to get off at the restaurant and call the Doctor today for something stronger in the way of medicine since the over the counter doesn’t seem to be working.

Won’t say were in a hot spell, but it is overall ten degrees warmer here at the Ranch than is was yesterday, it ws24 when I got up and it is 38 right now, About half the snow cover in the back has melted, Rigg’s and Sadie aren’t as fussy about going out, what a difference ten degrees makes.

I think I will make spaghetti for supper, that’s a nice warm filling supper. Donna isn’t big on pizza so I will wait until it’s me and the kid’s alone for that. Speaking of kid’s haven’t heard from either one, so I don’t know if we will have any this weekend, Adam has spent all but one day of his Christmas holidays here, so maybe his Mom wants him for a weekend.

Well we made it through the first week of 2013, we have high hopes for this year, Donna should retire, and hopefully we will do some traveling. and also have some guests here at the Ranch, Guests are always welcome.I would also like to get my son Tim and His girlfriend Bonnie out with my new Grandgirls.

How about some Navy helicopter pictures for the former rotor heads out there. 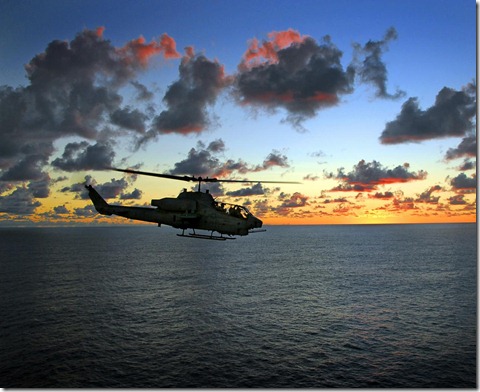 US Marine AH-1 Cobra at sunset. 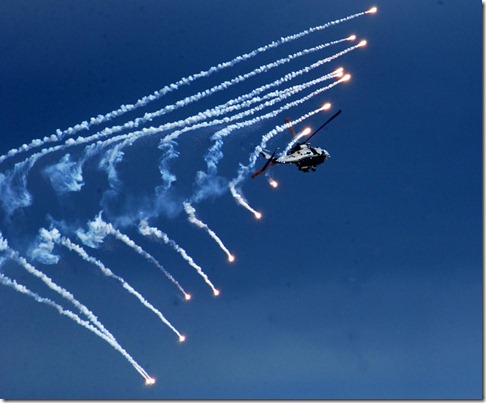 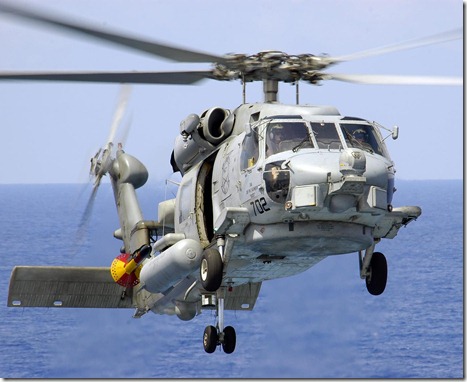 US Navy MH60 approaches the ship for landing. 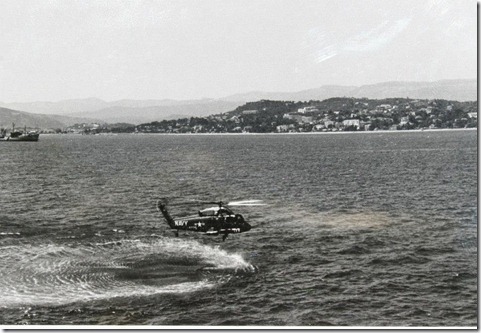 US Navy UH-2 from my old Squadron doing what we did best. a pick up from the water..

That’s it for another day, not much going on in downtown Dardenne Prairie, just watching the pickup trucks go by.

Everyone be safe out there, Hope warmer weather is heading your way. Sam & Donna…….

Posted by Sam&Donna Weibel at 2:21 PM