For some reason I woke up and looked at the red led’s on the alarm and they said 05:35am instead of 04:30am I jumped up thinking Donna would be late but she was already out of bed, went in the kitchen and looked out and her car was gone so evidently when I overslept Donna just let me sleep and went on to the truck company to work, What a nice gesture, but now I won’t get to see her until tomorrow morning because she does the restaurant tonight,Adam & I will be long asleep by the time she comes home. So I will make sure I don’t miss her in the morning for coffee.

Absolutely nothing going on, went and got a haircut this morning at about 08:30am, Adam didn’t want his cut, he says his Mom likes to cut it. So I saved some money. He has been out playing with his buddies all day except for a lunch break and a cold drink break, It’s not as hot today as it’s been, it should see about 88 degrees today so that about 10 degrees cooler than the last few days.

How about a blast from the past, for all you guys who remember the 60’s, here are some pictures I found from when I was in the Navy about 1968, these were taken aboard the USS Shangri-La which was one of the ww2 carriers that was modernized and lasted into the 70’s. 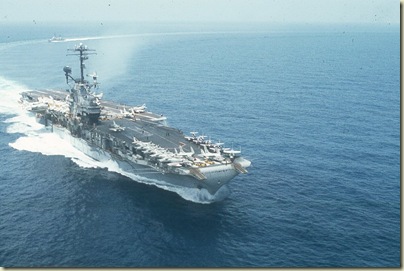 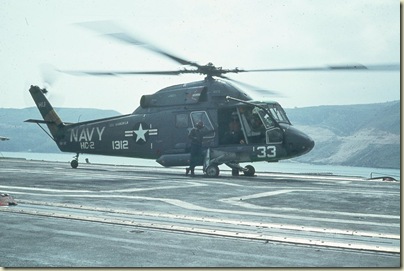 One of our choppers, a UH-2B, we were in a port of call when this was taken. 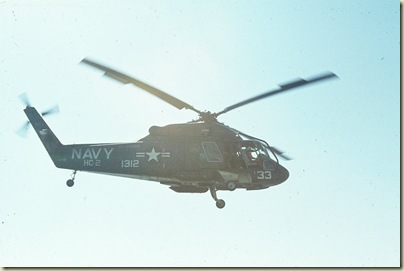 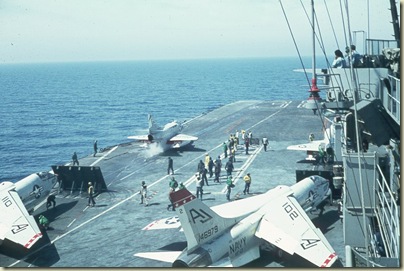 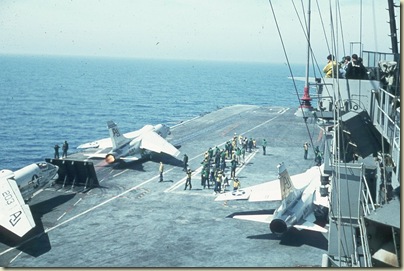 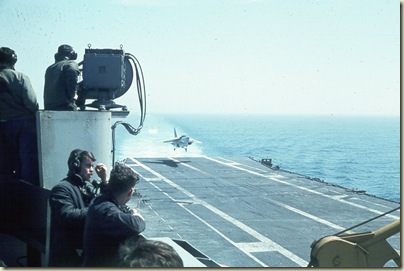 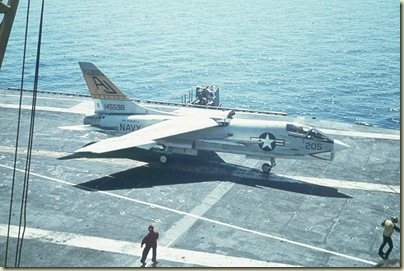 Safely on deck,notice the wing section raised for landing. 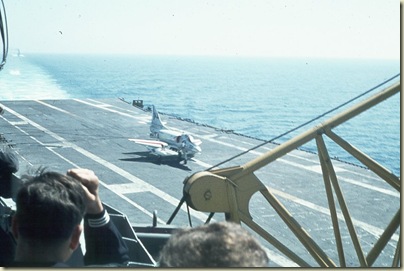 Skyhawk has the number 3 wire 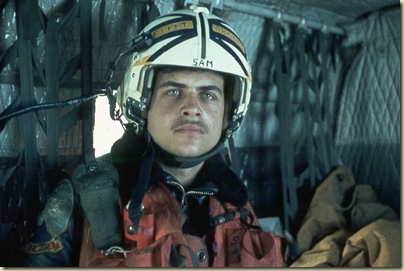 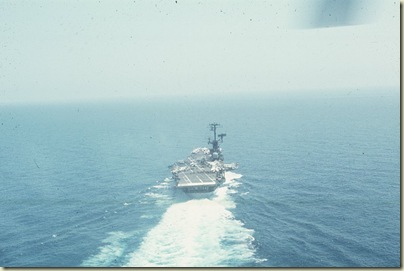 What you see as you make an approach to an aircraft carrier.

Hard to believe that besides the water everything in these pictures are gone except for me, all the ships, planes and helicopters have long ago been scrapped, maybe a lucky few made it into museums, but time marches on. I guess I too am a retired relic of another era. But it sure was fun for a young guy to fly around in those helicopters and every once in awhile in all came together when you got to pick somebody out of the ocean so he could live to fight another day. Let’s see 2010 minus 1968, that makes it 42 years. Am I that old.

Sorry for the quality but the slides were starting to fade with age and I just got done scanning them into digital file so maybe my Grandboy can show them to his Grandboy.

Hope some of you guys enjoyed a trip back to the 60’s I know Al from the The Bayfield Bunch was in the Canadian Navy so maybe he will dig his old albums and come up with some from his past.

That’s about it for now, sure can fill up a post with old memories when you have nothing to report.Be safe out there. Sam & Donna.

Posted by Sam&Donna Weibel at 3:53 PM