It was a cold and cloudy Saturday morning with as the forecast said a chance of snow flurries or freezing rain. But I had made my promise to the kid’s and they were excited about seeing the Cars from Car’s. So about noon we set off for the St Louis Museum of Transportation in Kirkwood MO. When we got there we got a pleasant surprise and were told the admission fee had been waived as a requirement for the special event.

It was 35 degree’s and the minute we got in line which was maybe a hundred people, it started to snow, not flurry’s, real snow. by the time we reached the pavilion where the Cars were it was coming down pretty good. 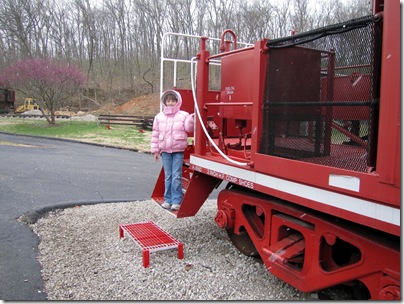 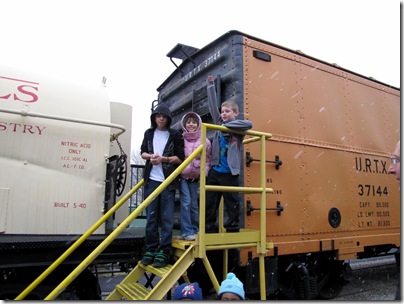 The kid’s climbing on the rail cars before we got in line. 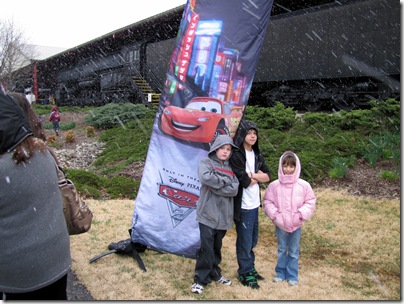 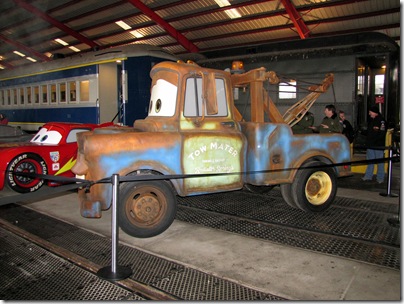 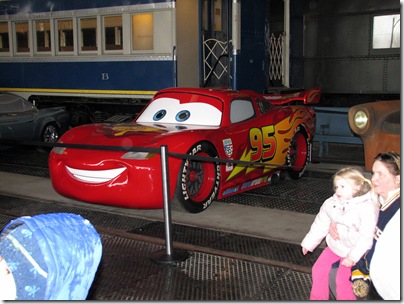 The star of the show, Lightening.. 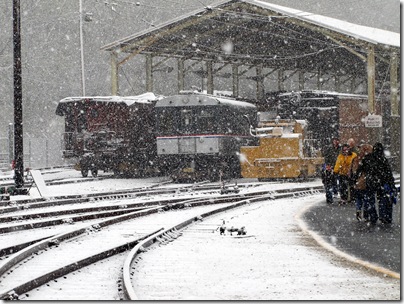 As we were walking back to the truck.. 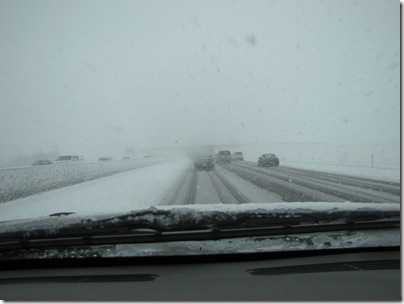 The drive home. 17 miles, took one hour and a half and we passed two accidents. Average speed was 10-15mph.

I think they enjoyed themselves only a little grousing about the cold while in line, and that was forgotten once we got inside.They each received a nice white carry bag that had their names heat stamped on them, a nice touch paid for by Sate Farm Insurance Company.

They all went home happy, and Grandpa gave a sigh of relief and a Thanks God for getting my Grandkids home safe in the snowy weather. Now they are playing XBOX and it sounds like a pretty competitive game from here in the kitchen.

Oh and my mail had the DVD-RW drive I ordered for my laptop, I found out instead of $29.99, they charged me $26.99 and I put it in and tested it burning a data DVD and it works just fine. Only two days to be delivered.

Did somebody say it is March 26th in St Louis MO. and we have four inches of snow on the ground as I type this. Nobody told the Magnolia’s out front it wasn’t Spring yet. 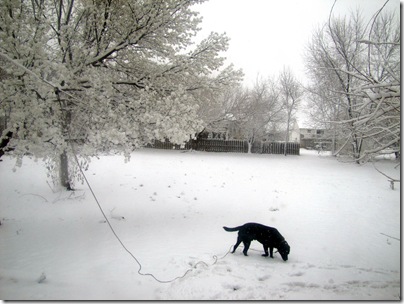 Well that’s it from Dardenne Prairie MO. the snow capitol of the Midwest.

Be safe out there. Sam & Donna…

Posted by Sam&Donna Weibel at 5:17 PM