Pretty much another  nice sunny day like the weekend today, temps in the 70’s, we are really lucky with this Indian summer weather. Fridays forecast is for a high of 85.

MIKE left a comment on the pictures I posted, most of the old ones I have in print form from the 60’s, I did take some 35mm slides, and  luckily for me my Brother had a slide scanner which makes really nice digital images, the only down side to slides are they are starting to shift to a orangie or reddish color aft about 40 years of age.Even Kadochrome have started and they are the best of any.

Probably the best bargain I ever made was when I was looking for a printer last year that I could take with me in the fiver. I stumbled onto the forty dollar wonder at Wally World, A Canon PIXMA 250. it is an all in one, scanner, copier, and printer and compact in size. The biggest surprise was how nice it scans prints. I had an old UMAX 600dpi flat scanner that at 600 dpi barely did the job. But this Canon puts out over 2000dpi and gives you a really nice and sharp digital image. I have rescanned a lot of pictures that I had done previously done on the flat  scanner. Even the prints though are color fading so if you have old pictures now is the time to digitize before they are faded beyond repair. Picassa will help in bringing some of the original color and life back into them if they are not to far gone. 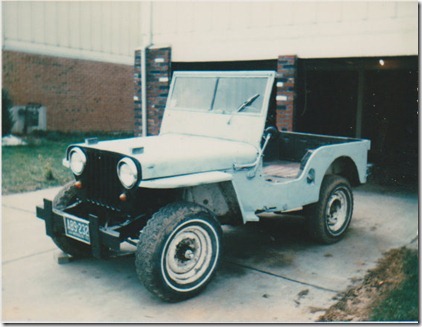 This is an example of a print, taken in about 1980. believe it or not a 3x3 in. Polaroid that had started to fade and was scanned into Picassa with the Pixma. Not perfect but a lot better than it was.

Nicole is home from school now. waiting for Donna to hit the door.

Not much going on, So I will say See Ya for now. Be safe out there. Sam & Donna.

Posted by Sam&Donna Weibel at 4:44 PM