Well St Louis Is a world champion town, And we can be proud of our Cardinals, plus all the fans, the police reported no problems downtown after the win last night and even no traffic mishaps.Everyone is scrambling today to get there World Champion hats, shirts and other memorabilia. They started making them at 10:45PM That’s when MBA made it okay to sanction the designs. The stores promised to have them in stock by noon today. You couldn’t find a parking space at a Wal-Mart all afternoon.

My Neighbor two doors west of us had a Cardinal display at the end of his driveway, he’s a serious fan. 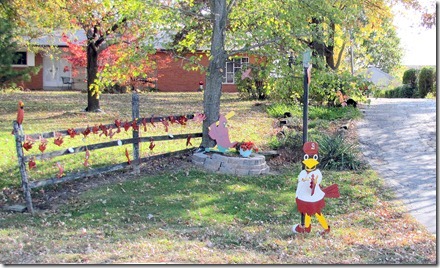 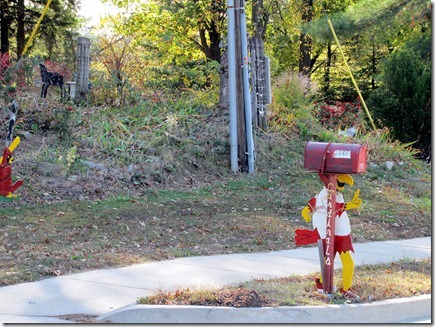 He must have a workshop with a band saw. 26 Redbirds in all, Hand painted. The mailbox is red too.

Andy and his buddy Danny started bright and early on the roof, It was sunny and 65 this afternoon and there hoping to have it just about finished tomorrow afternoon. 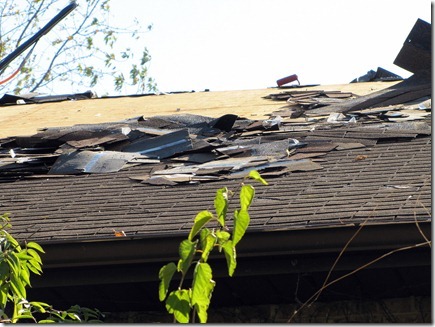 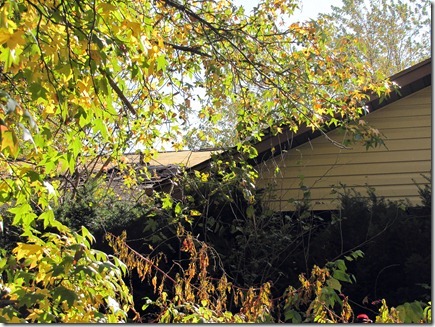 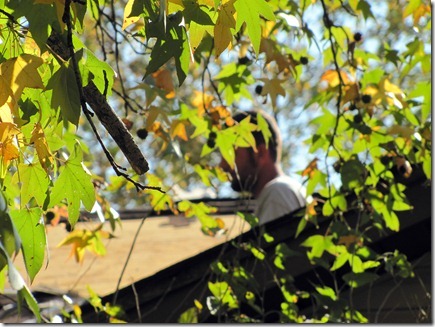 My son Andy hard at work on the roof..

Adam went home to Warrenton today, he thoroughly enjoyed his four day stay and spent plenty of outside time playing with his buddies, in fact I never did see him turn the x-box on the whole time he was here. He was played out each night and asleep by 09:00PM. That’s when you know a kid had a good day.

Donna headed out about 03:30PM to the Restaurant, she said they called and asked her if she could be a Hostess tomorrow, so another girl could get the day off. Of course she said yes, I like it better when they want to to serve a party because you make pretty good money especially if they drink as in an older crowd.

That’s about it for now, I will start supper soon, I think when the boys are done for the day I will have them order pizza’s and beer after a hard day on the roof.

Everyone have a great weekend, be safe out there. Sam & Donna…..

Posted by Sam&Donna Weibel at 4:07 PM