Decided to combine the weekend posts again, just laziness and not much going on, the weather here has been a great Indian Summer type, sunny all day temps in the upper 70’s to low 80’s, but then cool in the 40’s at night. the furnace kicks on early in the morning hours. Supposed to be sunny all week according to the forecast. Have to stock up on a cord of good wood to add to what we have left from last winter.
Went through some of my old pictures, I never tire of the old Navy stuff, hope you guys out there don’t either. 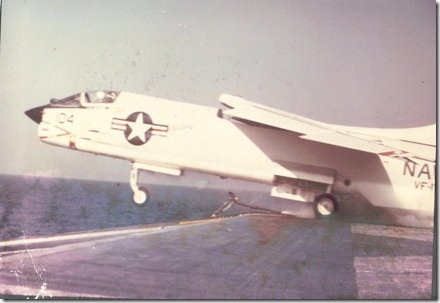 No turning back. F-8 Crusader at the end of the cat shot, notice the bridle cables flying off the front. 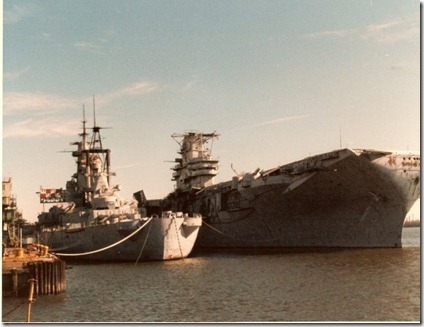 For Steveo & Karen in Wisconsin, the USS Wisconsin BB63 and the USS Shangri-La CVA38,(one of my old ships) tied up in the Mothball fleet in Phila PA. in 1985.Shangri-La went to scrap, The Wisconsin was luckier and is designated a Museum ship in Norfolk Va. now. 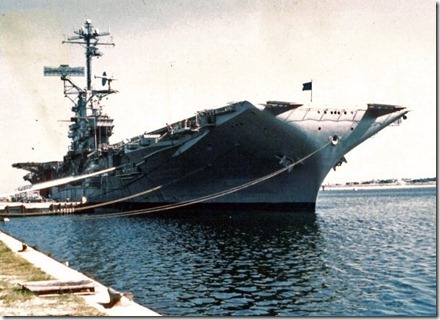 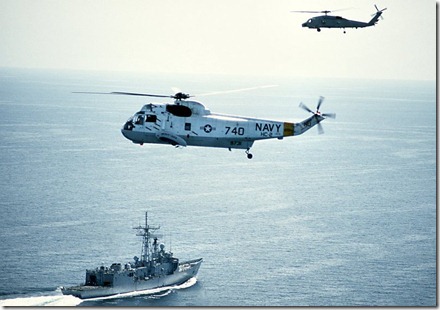 A Family picture, My son Tim’s ship the USS Rentz a guided missile Frigate, with a UH-3d from my old squadron HC-2, and a new SH60 in the back, Persian Gulf,1990. 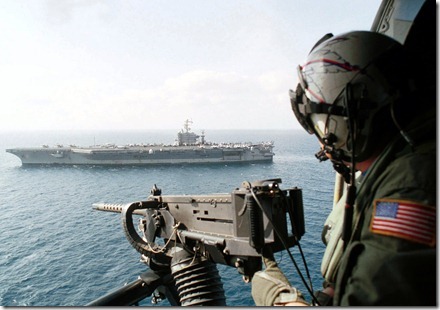 Nobody get’s close to the big guys. That’s a .50cal by the way.
Hope the vets out there enjoy those pictures as much as I do.
It always amazed me back then which was way before GPS and modern satellite technology how we managed to find our way out on the ocean. The ocean, any ocean is an endless place, sure if you were close to the ship they could find you on radar but in the 60’s, even that had it’s limits, so you had to depend on radio beams, Tacan, and dead reckoning, wonder how that got it’s name. I think of that every time I see a picture taken at sea where you are surrounded on all sides by endless water and no horizon. Add to that nighttime and clouds and storms and it get worse.
Now we have the laptop, and the GPS in the truck wherever we go and were on highways with numbers and signs. Sure have come a long way in 40 years.
Donna is at the restaurant today(Sunday) for a day shift, so maybe she will get home at a decent hour tonight.
Hey, how about a train picture? 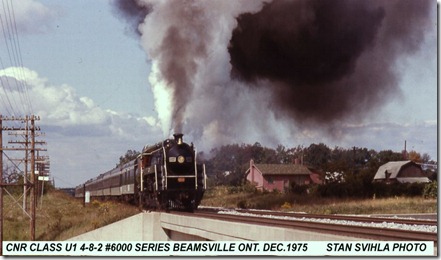 For my Canadian friends, a Bullet nosed Betty. This ones for you Don.
Well that’s about it for today, Hope everyone is having a good weekend and all those traveling south have clear weather and safe driving conditions. Be safe out there. Sam & Donna…
Posted by Sam&Donna Weibel at 3:02 PM