Up at 06:00AM with my bride, she had coffee and I had chocolate milk and a cinnamon bun for breakfast. I was a pretty nice day until about 05:00PM after Donna had left for the restaurant, then it darkened up and we had a pretty good storm with thunder and lightening. Rigg’s and Sadie are pretty good with storms as long as they can lay at their Dad’s feet.
Sunday we were up again at 06:00AM and Donna had her coffee, I had milk again, I have given up coffee for awhile to see if my stomach distress is being caused by it. I ordered a new surge protector for the fiver today, the one I ordered has a the additional feature of having a sensor that tells you if the campground power pedestal is improperly wired and prevents that from damaging you rig.I had been wanting to order one for the last couple of months but with the trailer in the shop it kept being put off, so now it will be here in a couple days. All things electrical should be covered then.
This morning I got a call from Adam, He said “ Grandpa I am on my break this week can you come and get me my Mom says it’s okay to stay with you.” I said sure, Hopped in the truck and headed for Warrenton to pick him up. He was thrilled as he considers it a weeks vacation from school and he knows we will do some stuff together.
The big winner early this morning was Rigg’s, Mom brought him a new Ducky toy home from work last night and gave it to him after coffee this morning. 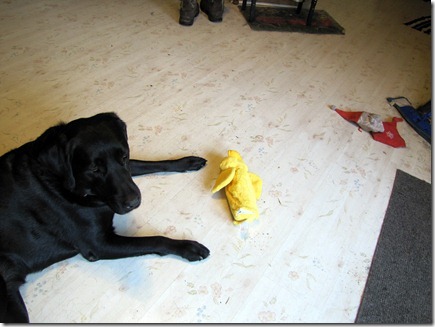 Rigg’s and his new Ducky.
Donna had to go in to the restaurant and be hostess today on the day shift, So Adam & I will be in charge of having a hot supper ready for Grandma when she gets home from work…
I filled the fresh water tank on the fiver and will do all my checks for water leaks this afternoon.
Have you ever wondered what you would do if your Granddaughter went over to the dark side? 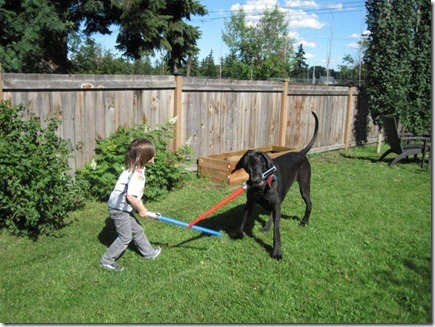 Use The Force Rigg’s..
Hope everyone is having a great weekend. Pizza night was last night since Friday I forgot to thaw the frozen dough. I made a large pepperoni and have half of it for later this week. The kid’s will enjoy it. Nick is at her Dad’s this weekend but will be home in the morning and then Adam will have a sister to play with during spring break week, He is tickled that Nick enjoys going to the park now. 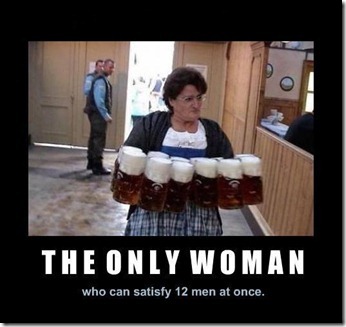