I had a restless night, and was up about four times during the night, I finally dropped off to sleep after seeing 03:45AM on the alarm and the next thing I knew it was 05:55AM and I had missed Donna  getting up and leaving for work. How I can miss that big lop Rigg’s jumping up and laying on the bed in the morning to but he just looked up at me as a I got up like, It’s too early for me.
It was raining when I went into the Kitchen and I went out on the front screen porch and found that the Fed Ex guy must have dropped off my surge protector and left it on the porch, I looked for it at 05:00PM last night and nothing was there so it must have come later than that.
Yep that’s what it is, so that is the last thing I was waiting on for the fiver, when it stops raining I will plug it in and check it out.
The kid’s have been playing games and watching kid shows and making the best of a rainy day. I hope it gets better, It stopped raining about 02:00PM but the ground is wet, we got a lot of rain last night and this morning.
Nick decided to do her nails, she did a good job even Rigg’s liked them. 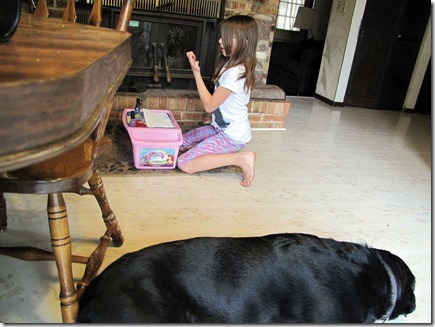 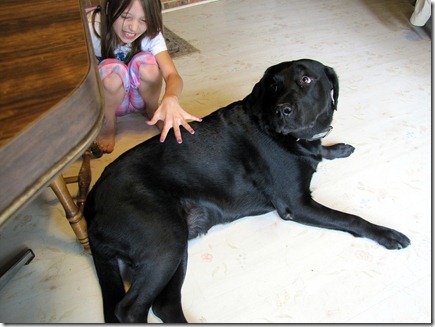 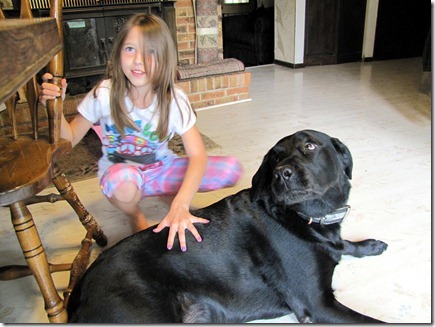 As you can see Rigg’s is in his usual place next to Grandpa’s Kitchen chair.
Maybe if the ground dries out and sun comes out we will head to the park, oh yeah Nick’s nails have to dry too.
Hope everyone is having a great week, Be safe out there. Sam & Donna….
Posted by Sam&Donna Weibel at 3:03 PM