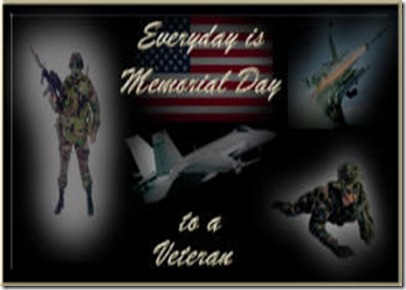 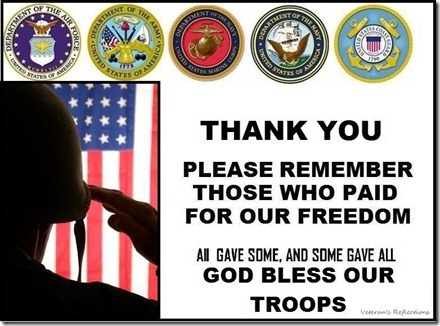 Monday started out at the Lake campground, Rigg’s and I made our morning walk, and then I started to break camp and get ready for home. I  have to say you could not have asked for a better week of weather sunny every day since Tuesday , but it was hot in the upper 90’s Sat & Sun so we stayed either in the Lake or in the pool where it was cool. the water was 85 degrees just right to keep you nice and cool but not cold. you could feel the difference by Sun as the water was warming up. Poor Rigg’s is not allowed in the Lake so he had to stay in the air conditioned trailer for the afternoons, He knew it was hot and unless he was playing with his new dog friends he stuck close to the trailer.

Donna had to work except for Monday so I left the Lake about 10AM and headed for home. Rigg’s was happy to see his Mommy.

On Sunday they had a car show at the Restaurant where Donna  works, they sponsor several a year and usually draw a nice crowd, here are a few pictures she took. 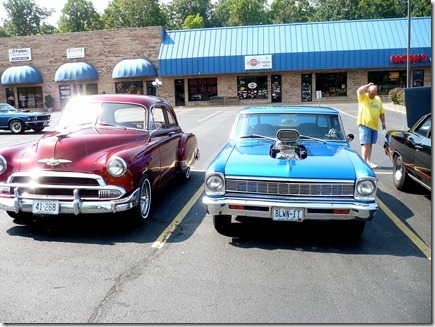 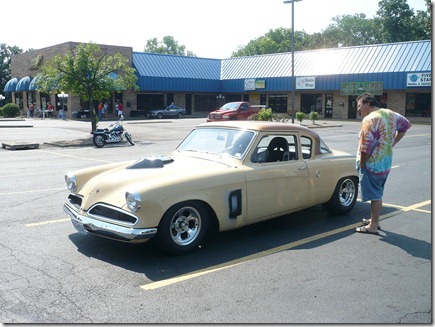 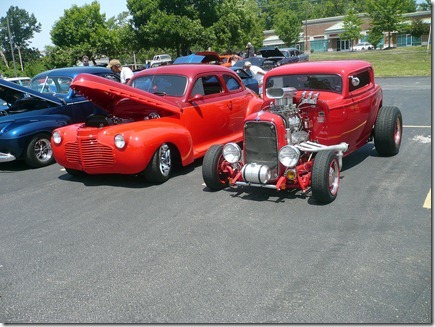 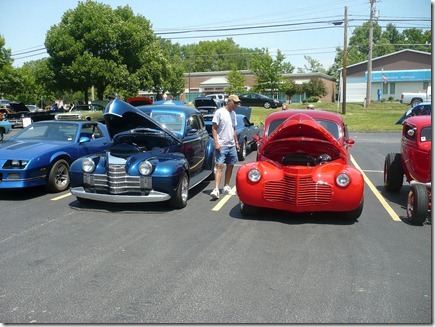 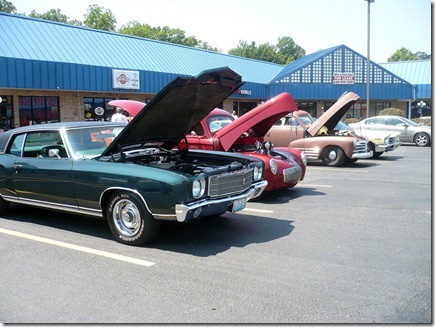 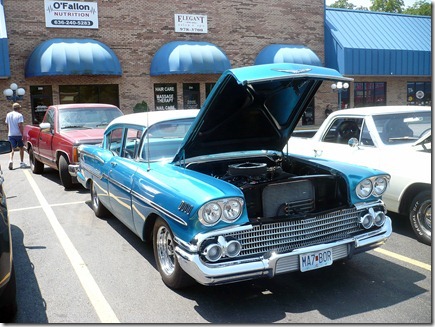 In case anyone noticed I haven’t been able to comment or read many blogs since Tuesday, I had a to depend on finding an unlocked wi-fi signal as I drove around the Lake. It reminded me of those old war movies where Germans would drive around looking for a clandestine radio transmitter. Things will be back to normal now that I have my home wi-fi again, Eventually Donna and I will have to get a Mi-fi or something similar for those situations where the park doesn’t have wi-fi. But that can wait until we are full time and don’t have a home phone bill.

Today is a relax day, even Rigg’s has his spot next to my chair under the kitchen fan nailed down and has been snoozing off and on.It’s tough being a camper dog, but he loved his week and the new doggie friend he met and played with.

Hope everyone had as nice a holiday weekend as we did. Be safe out there. Sam & Donna.

Posted by Sam&Donna Weibel at 3:16 PM