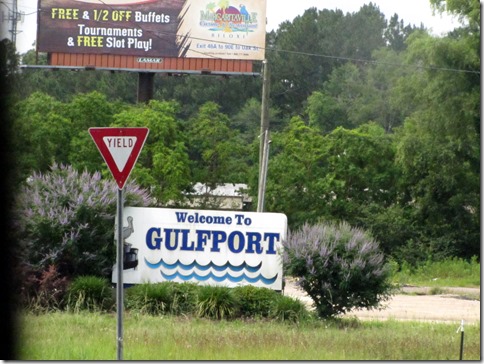 We planned to visit our niece at work today. She works for the Seabee Museum on the naval base. This is a non-profit organization with no ties to the government.  The museum was originally here in Gulfport, but like many things Katrina destroyed it and the museum itself was moved to California. Her office procures donations for the museum. We arrived at the base,Naval Construction Battalion Center, and went to visitors center to get a pass to go on base. 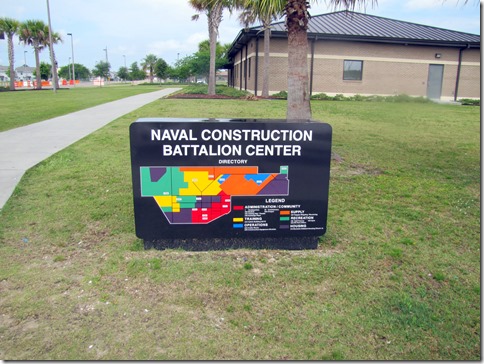 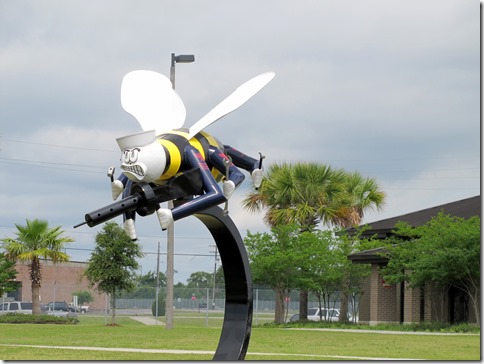 We had to fill out forms, provide proof of insurance and registration on the truck, and drivers licenses. I was ready to hold out my arm to see if they needed a blood sample also. Then we waited while they did a background check on both of us. Finally we got our pass and went to the gate. We went to what was left of the museum here, one small room. Then onto Tammy’s office down the street. 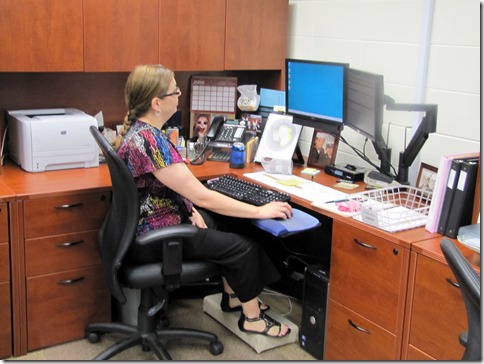 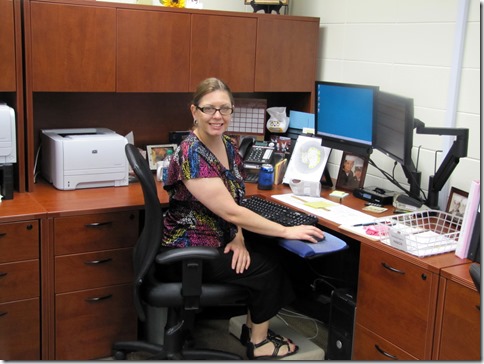 Tammy hard at work. She is their IT person.  We stayed a little while so Sam and her boss could swap service stories.

Then it was off to run errands. Sam needed more test strips for his blood tester. This turned into an ordeal. He just got his new supplement drug card, guy at Walgreens said insurance declined, that we would have to have doctor give a new prescription. Sam asked him to call doctor office and get approval for another brand.  Sam was told ‘we don't call doctors’. Well that was a surprise as our hometown Walgreens does it all the time. When Sam told him that he was told well maybe they did it in Missouri but he wouldn’t. Sam told him to give him back the container and his cards and he would go to the CVS across the street, as Sam was walking away the guy conceded.  This took 40 minutes and then was told to come back in 1/2 and it would be filled. A very big case of customer no service.

We had heard about Whataburgers, so decided to have lunch there. Just a burger, not great not bad, just ordinary. Fries were great. 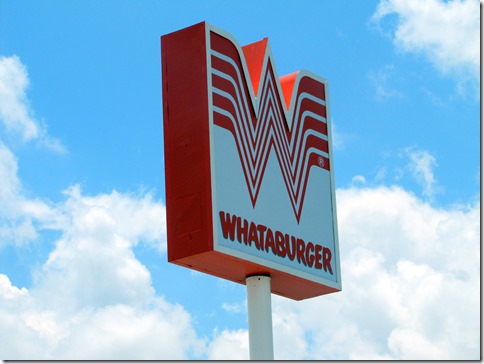 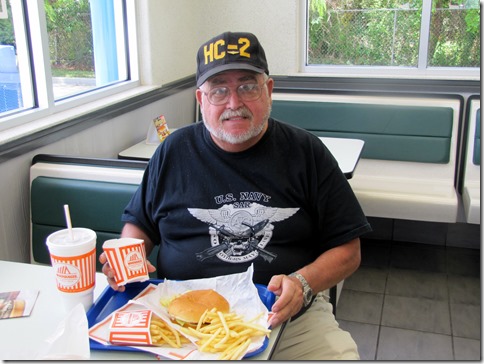 Down the road saw a McDonalds. 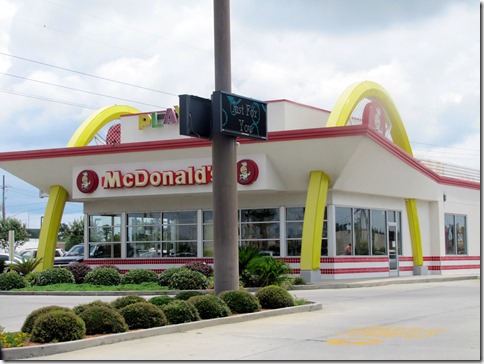 Boy is this ever an old style

Tonight we went out to dinner at Salutos Italian restaurant. It’s right on the beach, Gulf of Mexico. 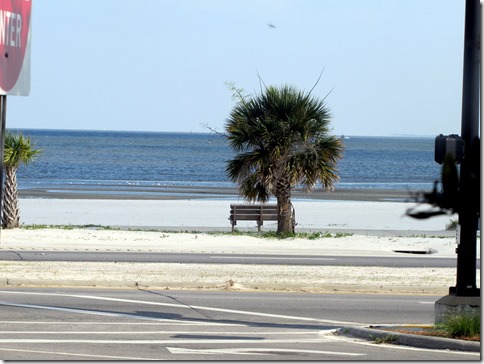 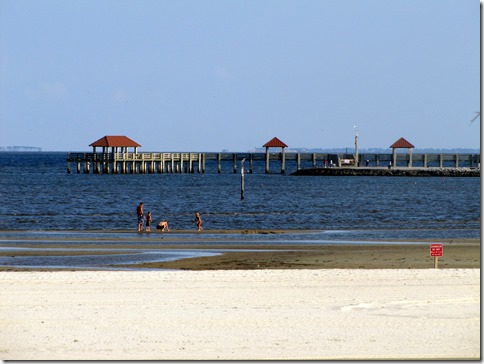 view from restaurant. They also have outside patio seating but was a little too windy

The food was terrific and very reasonable. Would highly recommend it if you are in the area.  Sam of course had pizza, after all its Friday. Tammy had fettuccini alfredo with chicken, Donna had sirloin tips is a cream sauce with penne pasta. 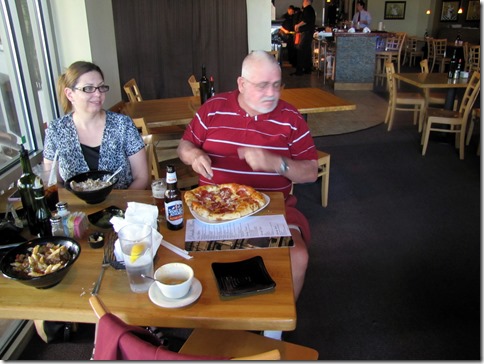 Tammy and Donna split desserts, we had put most of our dinner in to go boxes.  We split a bread pudding banana fosters and an amaretto chocolate cherry bomb. Absolutely delicious. so rich.  The restaurant was very nice, food good, and our server was great. 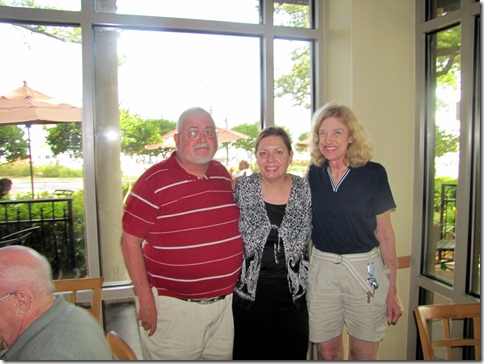 Was a very pleasant evening after a very frustrating day.

To steal from Judy of Travels with Emma 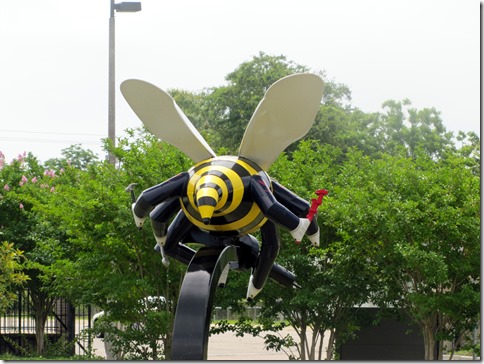 Posted by Sam&Donna Weibel at 9:29 PM