Was up at 06:00AM with my pretty bride for coffee, then it was nap time.Donna wanted to do some garden weed eating. I decided to work on her car. While we were in Florida my son sent it in to have the rear three spark plugs changed, while they had the engine apart they found one of the coil packs was marginal and the mechanic switched it for a new one I had just put on the front of the engine. That way when we got back I could just take three bolts and the cover off and replace it since it’s right in front on the V6 motor.

I also needed to get some antifreeze since it needed to be topped of and it uses the green stuff and not the red that my diesel uses. I bought a coil pack and came home and installed it. Donna had been complaining about it running rough since she got home. After I got the coil pack on and before I replaced the cover, I noticed a vacuum line to the EVAP solenoid had been left disconnected, As soon as I plug in the motor smoothed right out and idled just as smooth as could be. I put the engine cover on and then took it for a test ride and it was smooth as silk all the way even when I kicked the air on. Donna was happy as a lark with the repair job.

When I was done with that I had to put the charger on John Deere, Donna was going to start it and forgot to pull the choke on and wore the battery down. After it charged a little while I fired it up and cut about 3/4s of the grass until the heat finally got to me and I said, I’ll finish tomorrow. Oh Donna finished a cake for a friend’s daughter that is a graduate this week. Here it is. 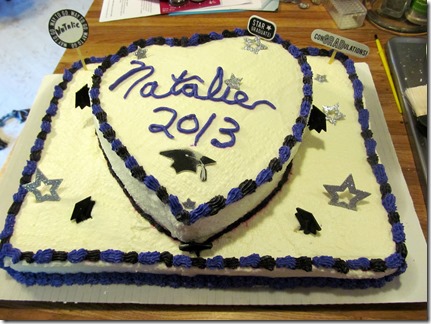 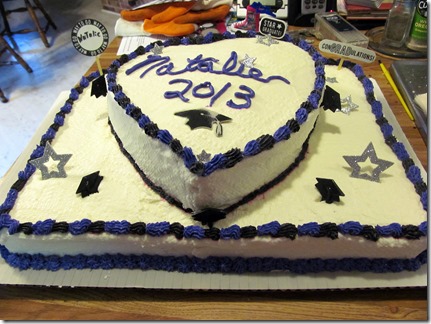 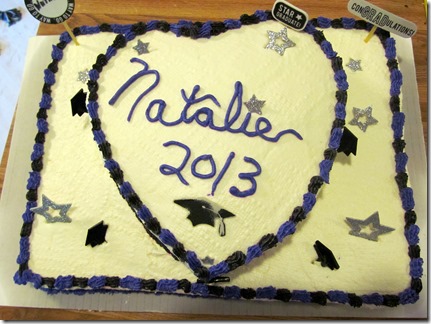 Donna is going in to the restaurant tonight and Adam’s Mom picked him up about 03:00PM right after I put the tractor away, If he was here in the morning I was going to let him cut the back, It’s pretty level and I trust him to be sensible out there with the deck going. hard to believe he is eleven now.

Not much is going on it is sunny and 90 degree’s right now so that’sit for outside work.

Hope all is well with all our friend’s out there. Rigg’s wants to tell Poppy that he loves riding in the truck too, he said he put 3000 miles on his riding time in the month we were gone. Between you and me Poppy he spends a lot of time snoozing on the console next to Mom & Dad when we are traveling.

Everyone be safe out there. Sam & Donna……

Posted by Sam&Donna Weibel at 3:41 PM