The normal routine, up at 04:30am coffee with Donna, go down to the blogs, get Adam off to school, then back to the blogs, thought I might show you some of the campers the Weibel clan has used over the years.
It started with a trip out west in a borrowed Coleman popup and our conversion van. 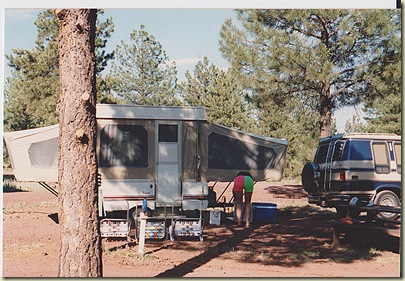 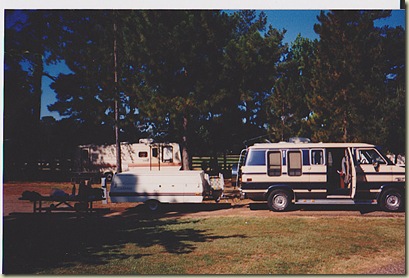 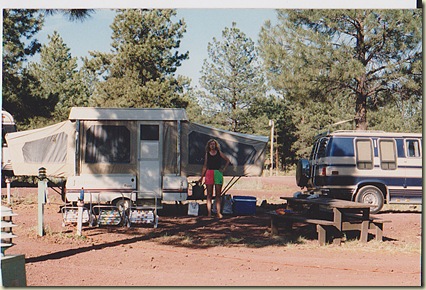 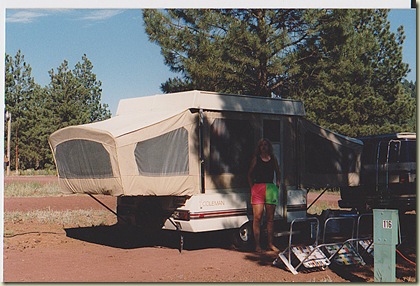 The original plan was to stay now and then in a campground, and hit a motel maybe every other night. Well after the first campground, none of us even thought of a motel for the entire trip which lasted three weeks, guess we were having to much fun.
Our first trailer I bought from a friend for $200US an old Shasta. 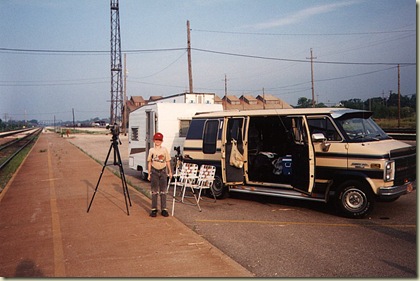 This is the only picture I could find, camping on the train station lot in Fort Madison IA.
Our next was a 1988 Kit Road Ranger 18foot trailer. 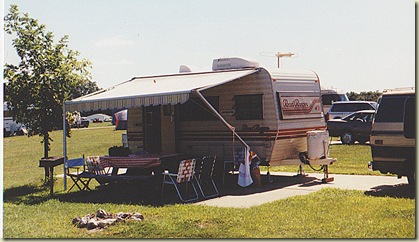 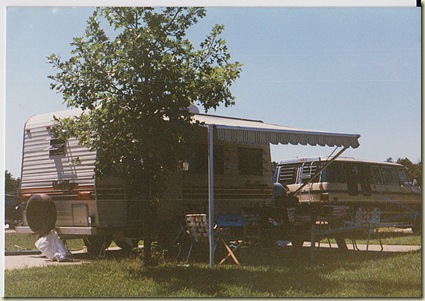 This was the first to have a bathroom and shower, it was still pretty cramped for us.
Next we traded for a 1996 Fleetwood Wilderness 5th wheel, it was a big improvement with a front living room and no slides. 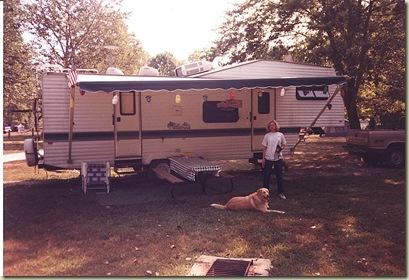 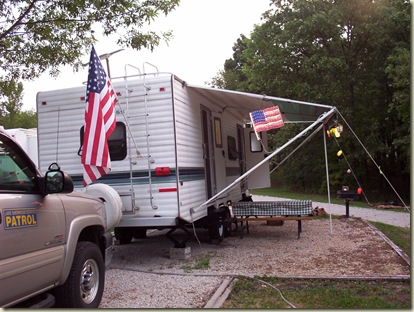 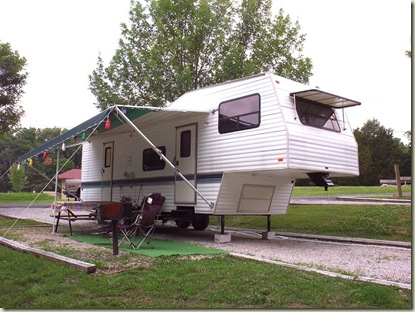 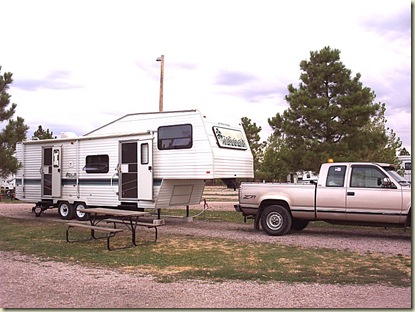 When we bought the 5th wheel Sam traded the Conversion Van for a 93 Chevy Z-71 with a diesel. It had the small 6.2 in it but it pulled hard until we replaced it in 2004 with the Chevy 2500 with the Duramax, now that was an improvement, Even when we traded for our present trailer, the 2005 Coachman 5th wheel. It still had more than enough to pull it and the best part is now they are both paid for. so it will just be maintenance costs for awhile.
So there is the camper history, we have had a lot of fun and hope to have plenty more when we hit the road soon.
Be safe out there and have a great day, Sam & Donna.
Posted by Sam&Donna Weibel at 11:15 AM