Another sunny nice day this morning, had my coffee,Did some little handyman stuff, my sisters toilet needed a new handle installed and adjusted so the flapper valve would close. Then the shower and toilet in the basement on my nieces side both needed work and I got them fixed, just stuff that most ladies don’t have the experience to do, and there is no man around to help.Plus my niece has very limited funds so major expenses have to be deferred. This afternoon I went to get groceries for the week at a nearby supermarket, I parked at the back of the lot so my truck would be less likely to be damaged. When I came out and went to open the tailgate to put the groceries away I saw that someone had hit and bent the right side of the back bumper in. While I was saying “oh heck ,Oh darn. A man walked up and I asked if he saw who did this , He said  when he was walking out of the store he saw a big black SUV backing up and stop suddenly and then an elderly lady got out and walked to the back and then got in the SUV and drove away. He did say he couldn’t actually see the back of the truck because other parked cars were blocking view. But when he saw the woman drive away  he figured that's what happened. I went home and called the Scranton Police and a nice young officer came out and took a leaving the scene of an accident report, and then I called my insurance man once I had the Incident number. My agent said that all the damage would be covered with a $100 dollar deductible and that since I would be in Scranton for over a month they would have an adjuster come out and he could recommend where to have it fixed, he also said a rental car would be supplied while the truck is in the shop so I won’t have to use my sisters car.

It still irks me that for not even being in the truck when it was damaged by someone who criminal enough to not wait and report it. It will cost me $100 dollars have my truck look the way I like to keep it looking.

Here is something a little brighter, I took a couple of fall shots when we were going to the cemetery yesterday. 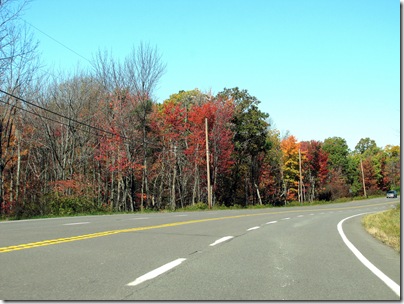 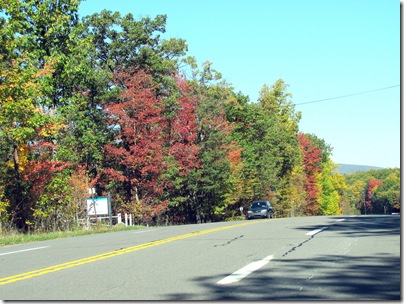 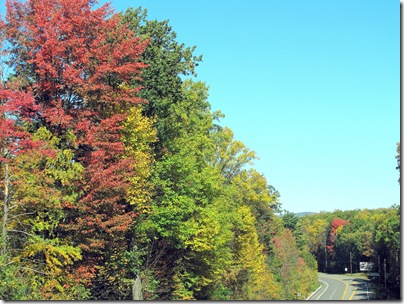 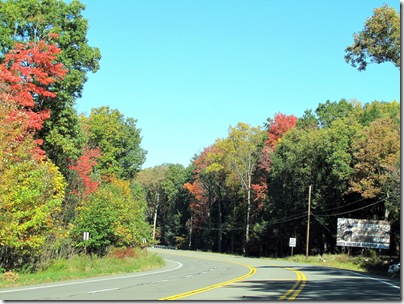 We had a nice spaghetti dinner with my niece and one of her girlfriends over. Right at supper time a big thunder storm came through causing some flooding and minor damage a few blocks away. We escaped the wrath of nature.

Not much else going on. but tomorrow some family friends invited my sister and I to dinner so we will be meeting them, I will have to remember the camera. They are Rich & Barb Ferron and they have been family friends forever, about 15 years ago they came out to MO. for a visit with their youngest daughter who was a young teenage at the time we took them to the Admiral Show boat, before it was a Casino, had Dinner on the evening cruise on the Mississippi, and then did some Ballroom dancing, they had a brass band and for the daughter it was the time of a lifetime, she still reminds us of the good time she had.

That’s it for today, Keep your nose wet Rigg’s, Dad is thinking of you. Be safe out there. Sam & Donna.

Posted by Sam&Donna Weibel at 5:43 PM