Well today is the first day of Spring Break for my grandson Adam, Grandpa will have to figure something out for us to do today, it’s a cloudy day so the park will be out, maybe a trip to the train museum. The St Louis Museum of Transport in Kirkwood MO is only about a 20 minute drive and they have all kinds of neat stuff for a nine year old boy and his nine year old Grandpa to climb over. I could get a few pictures if the weather co-operates. Donna is off to the truck company and I am awaiting Adam waking up, Rigg’s is still zonked out from playing ball before Donna got ready for work, as soon as she left he went to his bed and crashed,
Thought I would show you a couple of pictures of a trip Adam, & I took to Fort Madison Iowa a few years ago to shoot pictures of trains,The campground was located right on the edge of town and was $12 a night. had a big clean shower house/bathroom and not much else it looks like before the big flood of 93 there was a swimming area as it is on a cove of the Mississippi River but the flood destroyed  it. We were there in the fall but there were still several motor homes and trailers there. The trailer is our old 5th wheel. 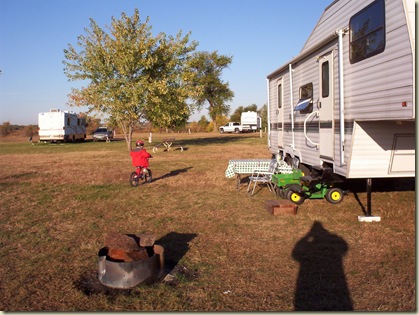 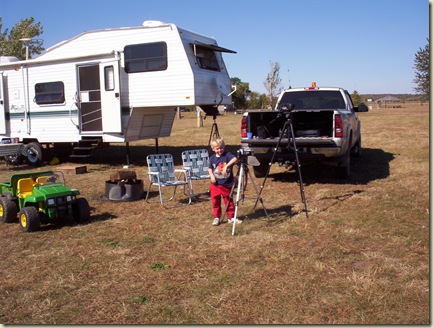 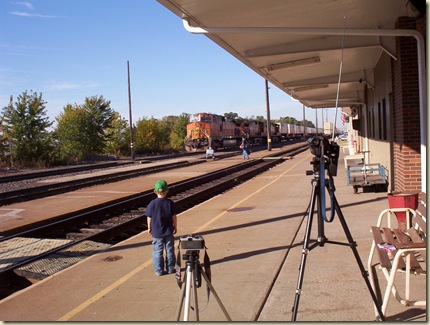 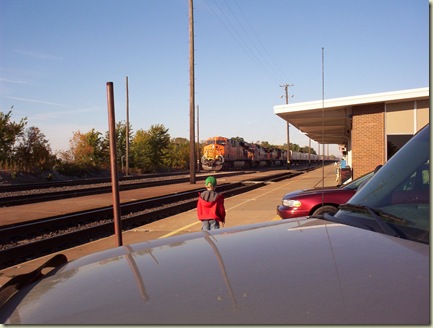 At the campground you could shoot pictures across a cornfield that had been harvested. The others were taken at the Depot where you could shoot from the passenger platform. Amtrak’s Southwest Chief stops here.
Well that’s about it for now. Be Safe out there, Sam & Donna.
Posted by Sam&Donna Weibel at 8:14 AM