My bride and I were up early and had a nice cup of coffee, it was like an old fashioned Christmas Morning like when the kid's were young and just about every year you had snow on the ground, from the kitchen table you could look out back with the yard lights on and see everything covered in a clean white snow cover.

My son Andy and his girlfriend Samantha got up and we enjoyed the morning and about 09:30AM Adam arrived and since he was the star of the show he started to open present's, his big gift was an xbox360, we have one here that he plays with his Dad, but he asked Santa to bring another so he could play at his house too. He was thrilled that his request was honored. 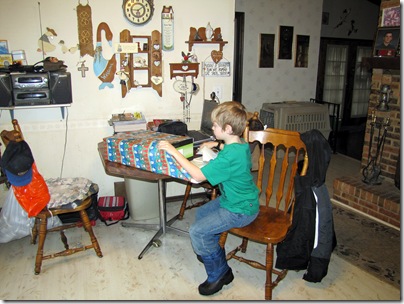 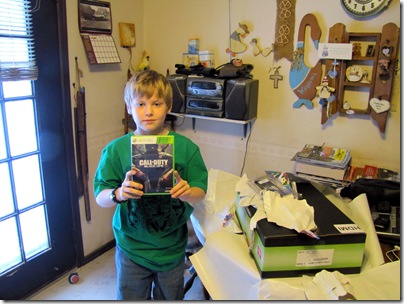 The Xbox, a Call to Duty, Black Ops game, and an external hard drive for the Xbox, what a haul.

When the presents were opened he wanted Grandpa to show him the pictures I took in PA of the Santa Parade and the CP  Rail Holiday Train. 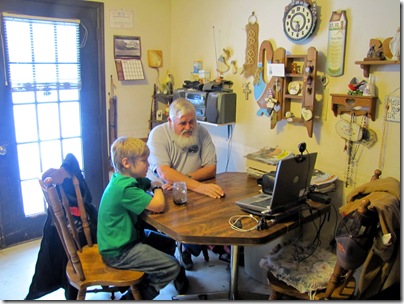 Then it was Rigg's and Sadie's turn for some fun, they put their Christmas outfit's on, and Mom had them do there tricks for us. 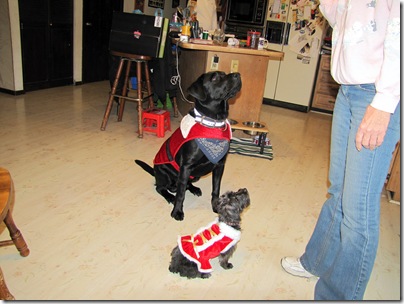 Two butts on the floor you must sit and wait for the treat. 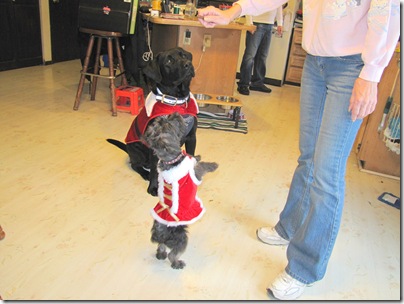 Then Sadie first they get the UP command, Look at the impatient look on Rigg's face. 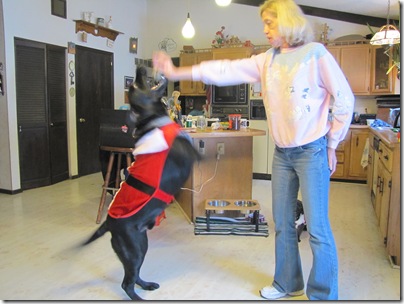 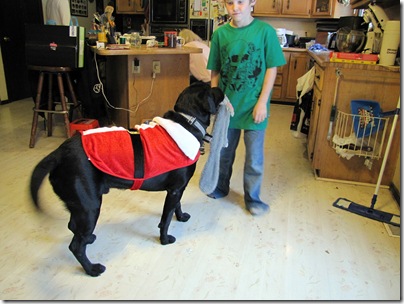 C'mon Adam how about some tug, I was good doing my tricks.

After lunch I took Adam home and Donna was already starting to cook up the sauce and meat for the Lasagna for tonight's dinner, I will wait to post this until it comes out of the oven later this afternoon so I can post a picture. 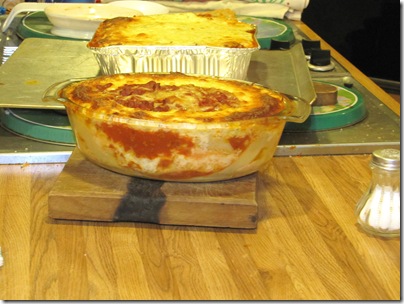 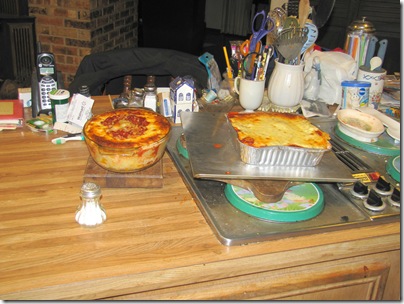 My son Andy & his girlfriend Samantha left right after I did to go to Clearwater OK to visit with some of Samantha's relatives, They also took her two kid's Chris & Nicole and also Sadie, so it will just be Mom & I and Rigg's tonight, sounds cozy doesn't it. I house to ourselves for a few nights. 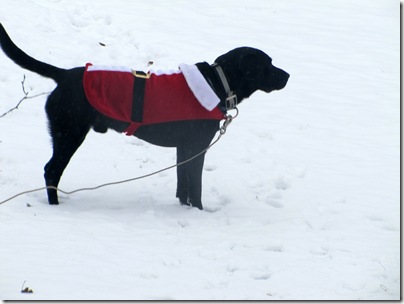 We had a great Christmas Day, Hope y'all did in blogland. Be safe out there. Sam & Donna.

Posted by Sam&Donna Weibel at 5:05 PM