Up at 04 :30AM coffee and then Donna headed for the restaurant, she had to take my good truck, because her battery needed to be jumped started when she left the truck company last night. At 08:00AM I was at Auto Zone where I bought the battery, they tested it and said it was bad, I had bought it in 2007 so it was almost 4 years old, I still got $30 dollars credit on the new one. also bought a fog light bulb so when I got home I made a clear plastic plate to cover the hole where the old one was hit by a rock, cut it to size and used clear plastic epoxie to hold it all around about 5 minutes later it had setup. and with the new bulb it worked. Ford wanted $129 dollars for a new plastic light assembly, the plastic sheet and the glue cost $10 dollars. Hope it holds up.

Have some people asked for pictures of Andy’s race car he is selling, here it is. It’s a 1995 Chevrolet Camaro Z-28 with a Corvette LS-6 engine that has just about all the mod’s done to it and a Nitrous oxide system, It’s been dyno’d at over 1000hp. 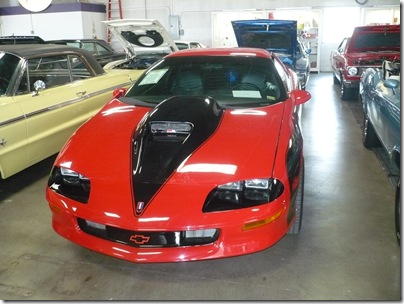 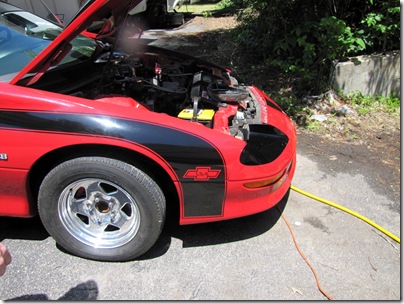 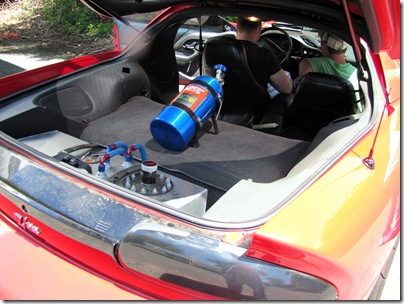 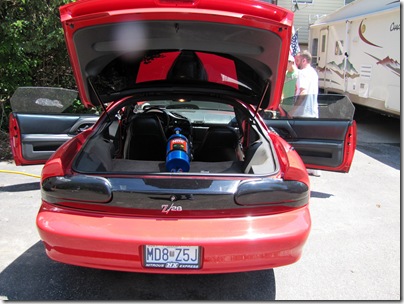 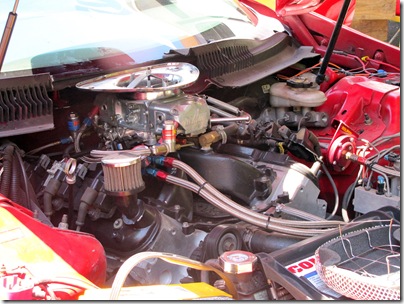 He had a fellow come and look at it and might be sold as the guy really liked it and said he wanted to think about it on the way home.

Not much else going on here in Dardenne Prairie, I am going back out and finish mowing as I had to stop so I would get dust on his car when he was trying to sell it , he is going to cover it up so I can finish.

Posted by Sam&Donna Weibel at 2:24 PM