Saturday at the Lake

Adam played with his friend’s last night, just after we got to the campground it started to thunder & lightening, no rain but it looked dark in the distance, so that ended our thought’s of going for a swim at the lake. It pretty much stayed that way with off & on rumbles till dark.

Adam found a path behind the trailer and said he was going to see what it looked like, I knew it went for a couple hundred yards through the woods to a large expanse of prairie land. So I told him to take his radio and a play gun and sword, just in case he saw any bears.

He went in the wood’s and about 5 minutes later came charging back like he was on fire, yelling Grandpa I saw a bear, Couldn’t find any sign of it myself, but it was an adventure for him. 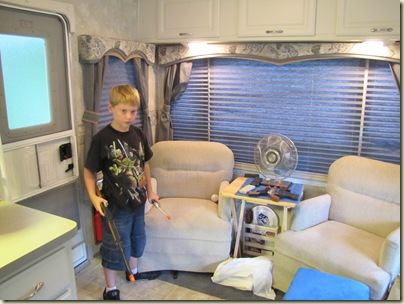 Adam getting outfitted for his trail hike. 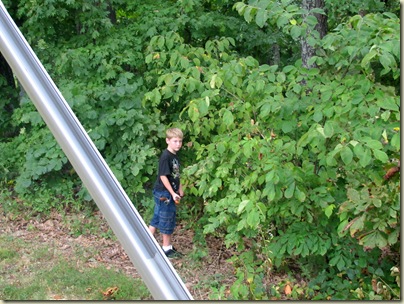 Heading into the trail.

Having an adventure makes a guy hungry so Adam asked for some Mozzarella Sticks for his supper, Grandpa fired up the oven and baked some for him. 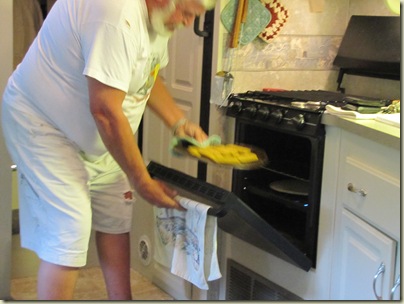 Last night about 09:00pm just as I was getting ready to light a campfire, the thunder started up and really fierce lightening so I called Adam to come in on the radio and put the awning up. just as I was finishing the wind kicked up and the rain came in buckets and so we went to bed about 10:00pm to the sound of rain on the trailer roof.

This morning Grandpa baked some biscuits for breakfast, one of Adam’s favorites is hot biscuits fresh from the oven. 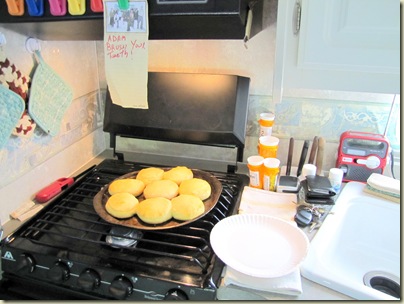 He then went over to his friend’s campfire and the playground for awhile since it was cloudy, the sun is supposed come out and have temperature's in the ninety’s but tonight the humidity will drop and tomorrow is supposed to be another nice day. Hopefully tonight will stay dry and we will have our campfire. 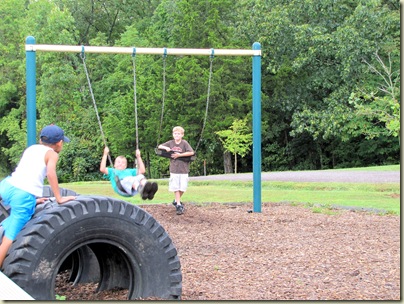 Around noon we will head up to the office and then to the beach for an afternoon of water fun.

That’s about it for now, be safe out there, Sam & Donna..

Posted by Sam&Donna Weibel at 1:27 PM