Thursday was a sunny morning so after coffee, I decided on a side trip to take some train pictures in Dallas City IL. which is about six miles east of the Fort Madison bridge to Niota IL.

Dallas City is a very small river town on the Mississippi, it has it’s requisite grain elevator, and a couple of shops and not much else. The folks were nice enough to leave their wi-fi unlocked as I had a choice of about 5 signals to choose from. So as I waited between trains I caught up on reading blogs that I have missed in the last couple of days.

This town must be like the little town of Sandwich where Dennis & Donna live. It has three railroad crossings but they are so close together that the trains whistle continuously from one end of town to the other. A lot of horn blowing. I can see why Donna isn’t in love with train horns. 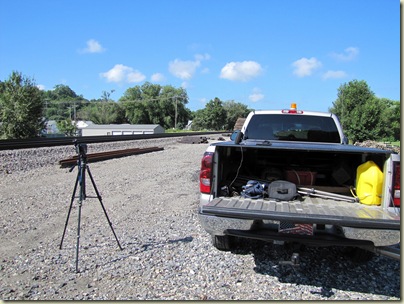 The highlight of my stay was the eastbound Southwest Chief heading toward Chicago at a cool79 mph. 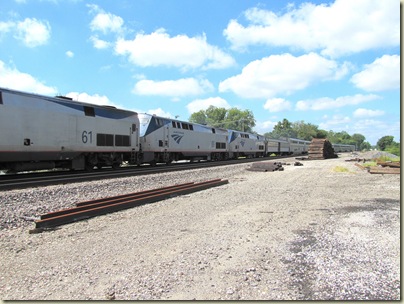 It was going so fast I missed the nose of the lead engine. 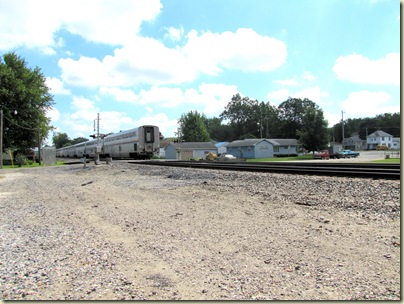 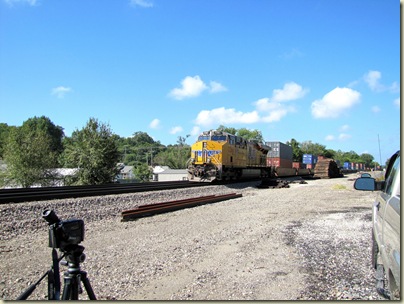 UP freight on the Old Santa Fe line. 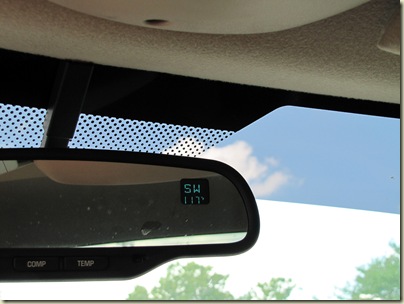 It got a little warm sitting waiting for trains.

Headed back to Fort Madison and stopped to look for a stove for the trailer. 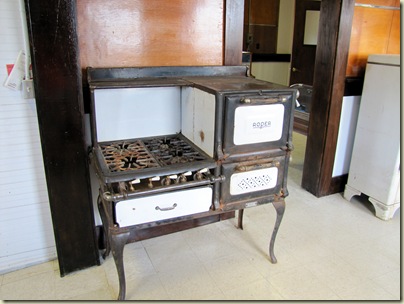 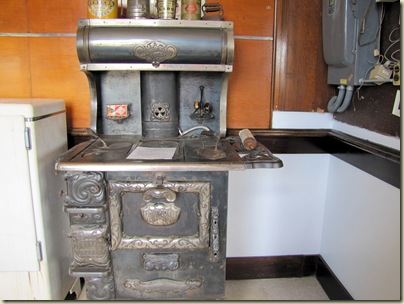 Could have had a deal on these but I don’t know if Donna would like either one. 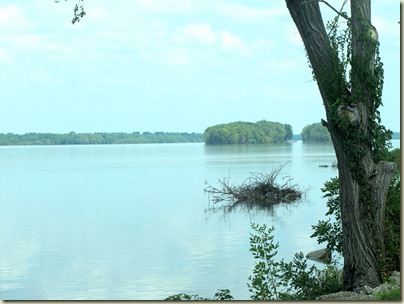 Islands in the river at Dallas City IL.

That’s about it for today I look forward to a nice lazy day tomorrow. Be safe out there.Sam & Donna.

Posted by Sam&Donna Weibel at 3:23 PM