This morning started at 04:30am with coffee and a thunder storm, Donna & Andy got off to work, and Adam was up a little early, maybe the storm woke him up, It rained steady until about 10:00am poor Adam was like a lost soul, he called all his buddies but nobody was being allowed out in the rain, which saved me from saying no not as long as there is thunder and lightening. About 11:00am the rain stopped and almost immediately the phone rang and it was Devon telling Adam the warden had granted him a reprieve and he could ride his bike now, I told Adam go on and be careful.

I then started looking for a project to putter on, I found a piece of flat TV Cable in the garage, remember that, before the days of the round cable, it was just what I needed to make an adapter section to go in the rear window channel of the trailer for my UHF-VHF scanner, so I got out the soldering iron and went out and measured how much lead I would need from the window to the little stand between the back chairs where I wanted the scanner to go, it is perfect because I had a flat mount from the new digital TV antenna left over that I could mount to the ladder on the back which is right behind the window I wanted to come in. I got the cable splice and soldered and and connected it up and it received the weather band down in my basement office. I then went out and mounted the antenna on the ladder and wire tied the cable to the back of the ladder, and then went inside to finish, The flat cable laid flat enough that you could close and latch the screen and window, so I plugged it in and was receiving police and railroad channels from the inside of the trailer, on my last trip to Fort Madison with the folding inside antenna I wasn't getting hardly any reception, so this is a big improvement. 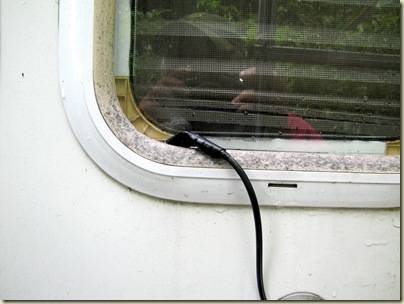 The splice from round to flat to get through window,it goes back to round inside, also tight fit of screen and window. 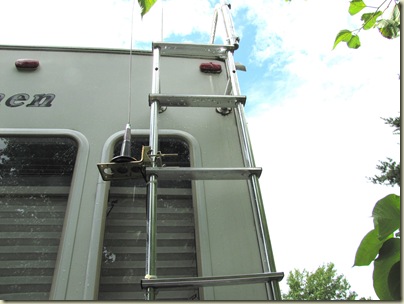 Mount on ladder cable is hidden in back of ladder 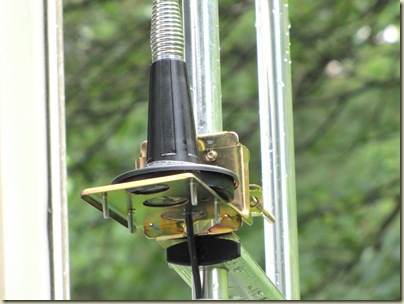 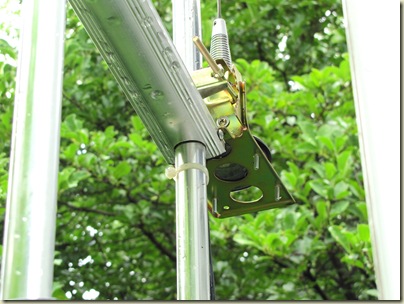 Back side with cable routing 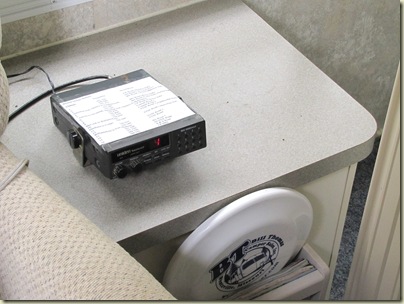 I got a question from Judy of TRAVELS WITH EMMA  she asked what Cannelloni was, Well Judy it is an Italian food lovers delight, just delicious, They are tubular shells that are filled with a combination of veal, pork and beef, with parsley and other secret Italian seasonings, then usually baked in a red sauce and I always add a white cheese topping for the last 15 minutes or so while it it baking so it will melt all over the top, you can also put a white crème sauce on if you like, I have made them from scratch but you can find them in the frozen food section and just take a casserole dish and put red sauce about an inch thick on the bottom lay the shells on top of that and then cover them with the rest of the red sauce, bake at 350degrees for about 45 minutes, add the cheese on top and bake another 15 minutes, I use either Provel, or Provolone cheese , Mozzarella could be substituted if you like. Would somebody check on Nellie to see if she is still conscious or has maybe passed out from food deprivation. Don't confuse them with Manicotti which look the same and are tubular shells with a cheese stuffing. They are good too.

Speaking of food, here is the mandatory Rigg's shot for today. Look at the look on his face as he watches Adam eat his pizza , oh yeah the Miller's can is Grandpa's.. 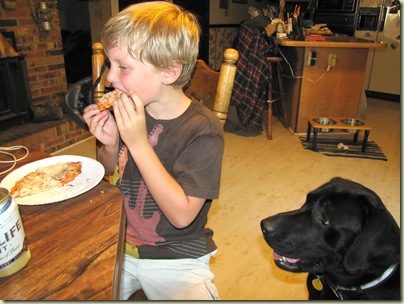 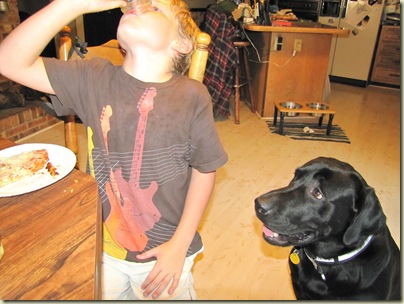 What could be better than a boy and his dog to end the days blog.

One more thing I told you yesterday about the LED taillights but forgot to put a picture, so here it is. Plenty of LED's the original had one 1034 bulb. I used the original base so I would keep the license plate mount. They also have a side marker light built in. 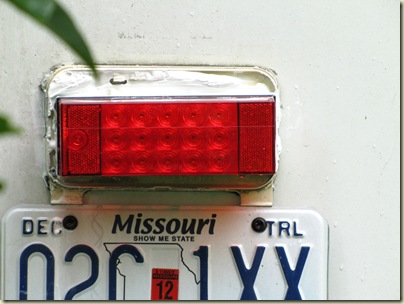